Grand, romantic gestures in the modern world may seem like the stuff of telenovelas, but they are familiar territory for this Miami Caribbean power couple: engineer Cesar Soto and makeup artist Chantal Soto. Their courtship sparked over late night calls catching up on their favorite show, Mi Pequeña Traviesa. “I had to work nights, so I used to call him for updates,” recalls Chantal about their early flirtations. “It was a great excuse to talk about when we were going to go out again.”

Introduced through her sister as teenagers, Chantal and Cesar were friends for years before the late night chats led to something as romantic as a novela plotline. When they began dating, her at 21 and him at 25, it only took three weeks for Cesar to propose. “For me, time didn’t make a difference. I just knew,” he says.

Now married for 19 years, their whirlwind romance has grown deeper with every new challenge, including founding their company Paramount Consulting & Engineering. The business has evolved into one of the leading engineering firms in Southeast America, helming major tower projects transforming the Miami skyline and beyond. They established Paramount in 2010 after years of Chantal’s urging, says Cesar. “She would say, let’s suck it up for a couple years, and see what happens. We’re in this together.”

Perched for further expansion, “we’re so proud the company has grown so much, from what started as a lick and a prayer,” says Chantal, who helps with the firm’s marketing while running her own successful makeup practice, Chantal Sauvignon. “It’s been our baby for a while now.”

While taking their businesses to new heights, the couple still finds time to bond over their shared passions. True to their Dominican roots—Cesar is born and bred, while Chantal is first-generation Dominican-American—merengue and rumba “are a big part of our life,” says Chantal. “So much of what we do revolves around our culture.”

And though they may be dancing away into their perfect novela ending, real life feels far more rich for the couple. “I’m most proud of how much we both have grown over the years together,” says Cesar. “Marriage is all about that give and take.” 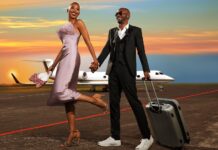 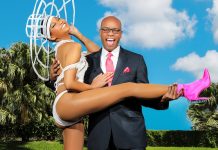 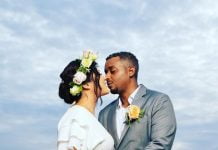 Innovation District could change Little Haiti. But what would that mean?