After nearly a decade in prison, reggae and dancehall star Buju Banton makes a victorious return to Jamaica, and plans to celebrate with a landmark concert on March 16th, 2019. “The Long Walk to Freedom” concert will take place at the National Stadium, Kingston, Jamaica. The show is presented by Gargamel Music & Boom Energy in collaboration with Solid Agency and Rockers Island Entertainment.

This concert will mark the 45-year-old artist’s first live performance since his imprisonment. He last performed live for the Buju Banton and Friends Before The Dawn event at Miami’s Bayfront Park Amphitheater on Jan. 16, 2011. He also released his last album “Before The Dawn” in 2011, which won a Grammy for Best Reggae Album. In December 2009, he was controversially arrested for conspiracy to possess with intent to distribute five or more kilograms of cocaine.

The singer is also wasting no time, getting to work on new music. Reports confirm that popular Miami producer DJ Khaled arrived in Jamaica this past week to produce some new tracks. His first post-prison album will reportedly be released sometime next year. 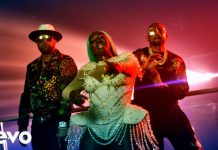 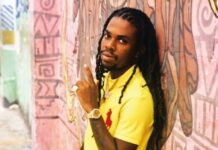 Why This Personal Training App Speaks Fitness In Every Language