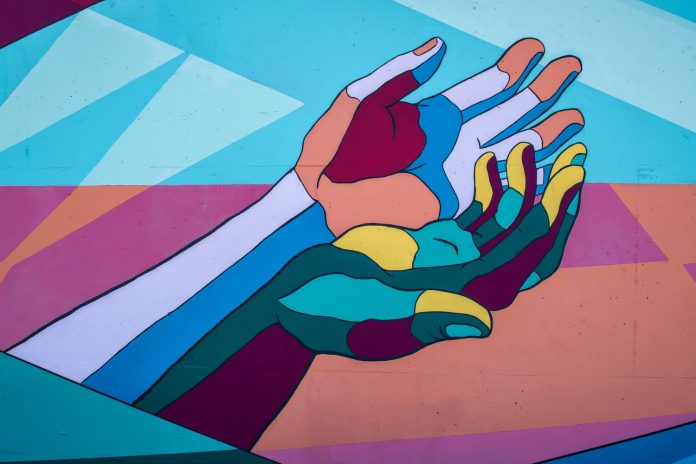 More and more Caribbean folk are trying to reframe the conversation, changing the way we treat and talk about mental health, and showing that no one should struggle alone.

I thought I was dying when I had my first panic attack. My heart raced and I felt sick to my stomach. A friend rushed me to the doctor, but they found nothing physically wrong with me. This would be the first of many attacks. I confided in my mom, who was luckily far more aware of mental health issues than the typical Jamaican, and who helped me get counseling. After years of treatment, I now have the tools and coping mechanisms that help me manage my panic attacks and relieve much of my anxiety.

I kept my therapy secret for years. “I have to run an errand, I’ll be back,” was my typical explanation for why I would be missing from the office. Why did seeking help have to be so covert? Did it come from the fact that so many Caribbean people equate the idea of mental health with that of mental illness, and the fear we have about addressing either openly? That we would be perceived as the quintessential ‘mad men’ seen walking down many an island city street—tattered clothes, matted hair and talking to themselves. All alone.

Now more and more Caribbean folk are trying to reframe the conversation, changing the way we treat and talk about mental health, and showing that no one should struggle alone.

“The bravest thing that I personally believe that I have ever done was to admit to myself that my mental health needed attention.”

For Shelly-Ann Buchanan, shedding this shameful silence made the world of a difference for herself and others. “For the longest time [mental illness] has been stigmatized, and we don’t talk about it, but we need to remove the stigma,” she shared on what led her to open up.

She had been diagnosed with Post Traumatic Stress Disorder (PTSD) after experiencing a stampede at a dancehall concert in New York in 1995. I didn’t know her then, but we both happened to be at the Steeplechase Park event in Coney Island that night. Gunshots rang out, and the ensuing frantic stampede left 36 people injured. She grew fearful of large crowds, and became further traumatized by the 9/11 attacks six years later.

She eventually started to receive counseling and was prescribed medication. But she always kept her struggles private, until a friend told Shelly-Ann that her life looked perfect. This everyday comment hit a chord, inspiring her to share her story on Facebook.

“The bravest thing that I personally believe that I have ever done was to admit to myself that my mental health needed attention,” wrote Shelly-Ann in her original post. “This, in spite of a culture that barely recognizes mental illness, but widely ridicules it. It is a taboo subject in families…whispered among friends….laughed at by foes.”

The overwhelming supportive response to the post surprised her, and others shared their stories. The most moving feedback, however, came from close to home. “My mom embraced me for my bravery, and I was most afraid of shaming her.”

“Even in Jesus’ ministry, he had a holistic approach, not just spiritual, but physical and mental.”

For many in the Caribbean, there is also a common belief that religion alone can save us from our mental health issues. In his ministry, Reverend James Hazel (hailing from St. Kitts and Nevis) learned firsthand the need for clinical therapy in addition to prayer.

After many years as a pastor, he decided to explore the powerful potential of this field further, going on to study social work. For him, clinical counseling is a necessary component for treating mental health issues, and can become a vital part of one’s faith journey. “Even in Jesus’ ministry, he had a holistic approach, not just spiritual, but physical and mental,” explains Reverend Hazel. “I thought I [too] could use social work to widen my ministry.”

He acknowledges that there are still many churches and Christians who disbelieve or even distrust healthcare professionals regarding mental health treatment, but he specifically works to counter this narrative by educating his congregation. This is especially true for the youngest and most vulnerable in the church, struggling with behavioral conditions. “These children need both individual and family counseling. We have to work with that child’s environment as well.” 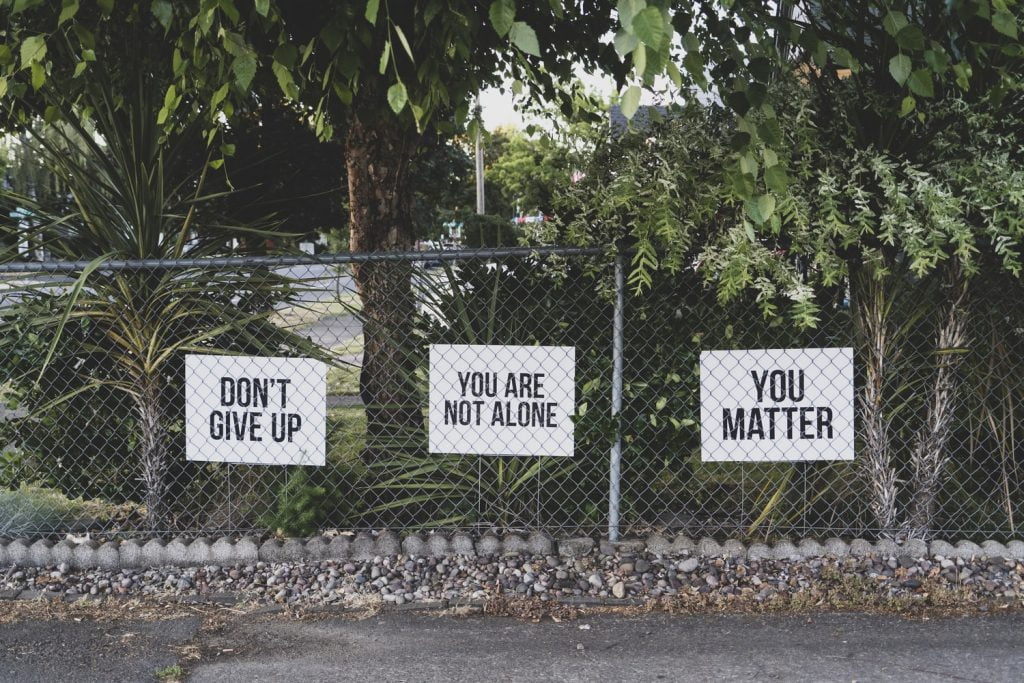 Starting this medically-guided intervention remains a major hurdle within the Caribbean community, says Dr. Joan Muir, a clinical psychologist specializing in family therapy in South Florida. She finds that individuals from the Caribbean lag behind other ethnic groups when it comes to seeking mental health services for more chronic conditions. Caribbean-Americans who are educated in the U.S. are more likely to seek psychotherapy to help their children or their marriage. But they are not as willing to seek help early for more serious disorders like depression and schizophrenia. Part of what creates this stigma is the lack of exposure, argues Dr. Muir.

“Life is challenging. If you’re feeling overwhelmed all the time, you should go to a mental health professional. It may not necessarily be a mental illness, but you may still need help by having a conversation with a skilled professional who is listening and assessing.”

The range of care providers varies based on education and training, including psychologists (who require a doctoral degree), and psychiatrists (who have a medical degree and can prescribe medication), as well as social workers, family therapists and mental health counselors.

When choosing a provider, she points out that it’s important to find the right person. Be sure to ask about their qualifications, whether they’ve treated someone like you before, and whether they understand your cultural background. Treatment may involve medication as well as talk therapy, which “is focused on your behavior, motivations for that behavior and your emotions,” Dr. Muir explains.

“There’s so much red tape, it feels like you’re just drowning.”

Changing attitudes across the Caribbean diaspora towards mental illness will need more than a visit to the doctor’s office, however. It will also require broader healthcare options and greater social support for patients and their caretakers, a reality both in the Caribbean and in the U.S. This is something Simone (name changed per request) learned firsthand when her mother was diagnosed with paranoid schizophrenia.

Simone was sent away from Barbados to America as a child to live with her aunt, so she didn’t fully understand the scope of her mother’s condition early on. “She had a few breakdowns, but I never got the opportunity to talk to her about it,” she recalls. “There was such a stigma attached.”

As an adult, Simone became aware of her mother’s condition after she lost everything, including her home, and had to move in with Simone in South Florida. As a symptom of her condition, she actively refused medication and counseling, required intensive care, and had to be involuntarily hospitalized twice.

Simone quickly discovered how limited the support system was for chronic conditions, as she struggled to find more hands-on care for her mother. “There’s so much red tape, it feels like you’re just drowning,” she confessed. “It’s like a full-time job to get the help you need.” This gap in mental healthcare support inspired Simone to pursue a Masters Degree in mental illness and wellness. She plans to serve as a liaison for others in need of assistance. “From step one, whatever you need, I want to put resources in the hands of people, that will help them.”

Finding these resources is even more challenging in the Caribbean, as my friend Jason (name changed per request) shared. I’ve known him since elementary school in Kingston. What I didn’t know was that he’d been living with bipolar disorder for 25 years. He had his first episode when he was 22 years old, and dropped out of college as a result. He was hospitalized for about 2 weeks, and since then has been hospitalized around 10 more times.

Though his family and circle of friends have been extremely understanding, “the problem with mental health in Jamaica is employment,” says Jason. “I haven’t been able to stay on a job longer than a year. Something comes, I get sick on the job and then I have to leave.”

Jason now gets regular medication and therapy, and though he tried living on his own twice, he’s not able to be fully independent—especially financially.

Despite this lack of safety nets for those suffering from chronic conditions, Jason does see the tide changing. He is now part of a bipolar support group, and says there is more public advocacy on these issues, led by organizations like JaMHAN (Jamaica Mental Health Advocacy Network) and support group Mensana Jamaica.

More social change will only happen if we continue telling our stories. There is such a vulnerability in sharing what feels like a flaw, a weakness. But it feels empowering to be unafraid and unashamed. As the famed Caribbean-American writer and activist Audre Lorde once said, “I have a duty to speak the truth as I see it and share not just my triumphs, not just the things that felt good, but the pain. The intense, often unmitigated pain. It is important to share how I know survival is survival.” 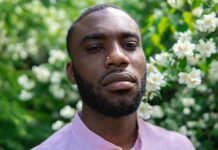 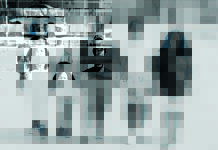 This Social Service Organization Knows How to Maintain Healthy Relationships 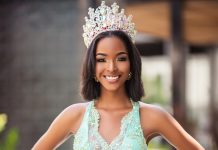