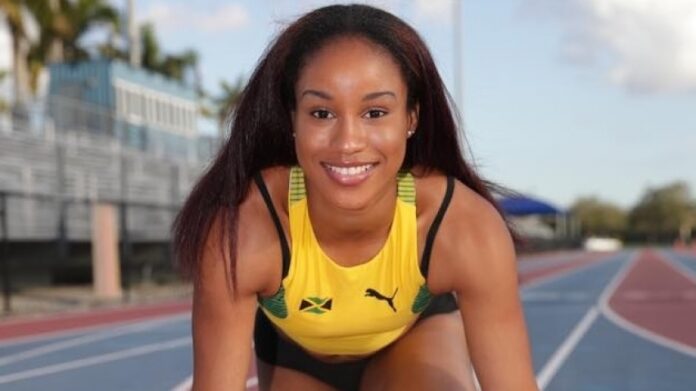 Briana Nichole Williams, the World Under -20 100m/200m champion, has signed a multi-year contract with Nike, months before her 18th birthday. A Nike contract is an amazing accomplishment for such a young athlete, potentially catapulting her recognition by sports fans, consumers and businesses worldwide. Such recognition is likely to generate strong career opportunities for the young superstar for years to come. She announced on Friday, Jan 17th that she was turning pro and is being represented by HSInternational, a sports management agency in California.

The Jamaican-American athlete is the youngest female track star to ever win 2 gold medals at the 2018 IAAF World U-20 Championships. Williams placed 1st in both the 100m and 200m women’s sprint events with season-best times of 11.16 and 22.50. The sprinter also placed 1st at the Pan American U20 Athletics Championships with a time of 11.38.

Williams won 3 gold medals in 2018 and 2019 at the CARIFTA Games, a junior track and field competition for the Caribbean region created by Austin Sealy. The rising star broke another record by becoming the second Jamaican to earn the Austin Sealy award 2 years in a row, following in the footsteps of Usain Bolt, who won the Sealy Award in 2003 and 2004.

On Saturday, January 25th, Williams beat her personal best, 7.15 in the 60m at the Queens Grace Jackson Invitational at the National Stadium in Kingston, Jamaica. As a person of Caribbean descent, Williams is breaking glass ceilings with her incredible performances as an athlete and is paving the way for young black women all over the world to dream big and go for the gold. Williams’ current goal is to make the Jamaican Olympic team and to win her first Olympic medal in 2020.

Williams will grace the cover of the next issue of Island Origins, a Caribbean American lifestyle magazine published in south Florida.

How The Stylish Clermont Twins Took over Social Media

Here Are the Latino Artists Nominated for the 2019 Grammys