Jamaican track-and-field star, Usain Bolt, is now a happy new father of a new baby! He and girlfriend Kasi Bennett welcomed their baby girl on May 19.

Jamaica’s Prime Minister, Andrew Holness broke the exciting news to fans on social media. “Congratulations to our sprint legend Usain Bolt and Kasi Bennett on the arrival of their baby girl,” Holness shared, along with a photo of himself with the Olympic gold medallist.

Bolt had announced, with an Instagram tribute in January, that he and his longtime sweetheart were expecting their first child together. A photo of the then mom-to-be in a beautiful red dress, cradling her baby bump was accompanied by the caption, “I just want to say a KING or QUEEN is about to be HERE.”

Bennett also gifted her followers with photos from a maternity shoot captioned, “Our biggest blessing…,” “Our greatest celebration…,” and, “Our golden child. Coming soon…”

The couple has been an item for close to seven years now, and both have often vocalized their hopes to grow their family. “I have [had] a girlfriend for four years now [and] it’s going steadily, so we’re thinking about kids very soon,” said Bolt in 2017.  “We’ll see how it goes, we’re taking our time.”

After announcing their news, Bolt said he doesn’t plan to pressure his kids into filling his large athletic shoes. “People always say, ‘Are you going to put your kids in sports?’ But for me, if they want to be in sports, fine, I don’t really care,” he said in February. “But I won’t push them to do track and field. I think it’s going to be hard,” he added.

“It’s the hardest thing when you have a dad that is a superstar in a super-sport. I don’t think you should do that sport. You should do something else because there is so much pressure on you to live up to expectations.” 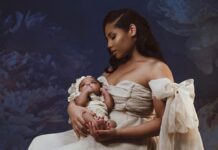 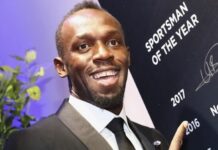 Kamala Harris and The Extraordinary Legacy of Caribbean Immigrants

A Giant Little Haiti Project is Met with Cautious Approval