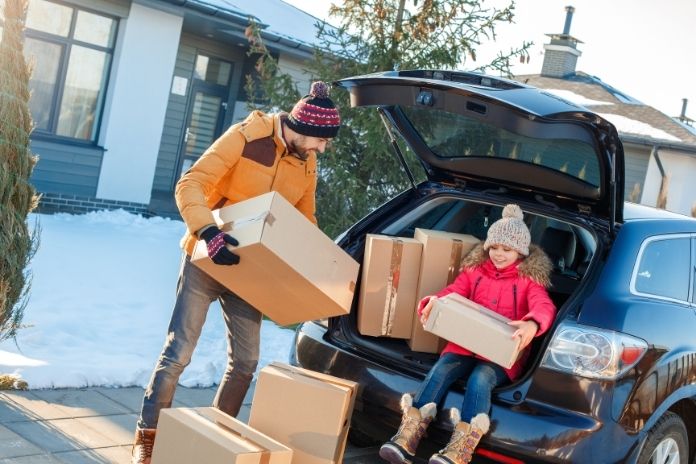 If you’ve had enough of the cold and snow and have decided that a southern tropical area is going to be the new place you call home, then the next step is to start planning your move. While summer seems like the best time to move, especially since quite a few challenges come with doing it in the winter, we’re here today to convince you that winter actually is the best season for a move. That’s why we put together this list of the top benefits of moving in the wintertime.

The Market Is Much Less Competitive

Due to the belief that summer is the best time for a move, that season is by far the most competitive in the housing market. With everyone trying to move simultaneously, your dream house could get snatched up before you even have a chance to react. Plus, everyone will contact moving companies all at once, spreading them thin or making them totally unavailable.

With fewer people trying to move in the winter, you’ll avoid all of those headaches and have a much smoother and stress-free time trying to get into your new home.

The Move Will Be Way Cheaper

Of course, the thing that comes with increased competition is a rise in costs. Whether it’s the price of the home you want to buy or the movers you wish to hire, both will be significantly more expensive in the summer than they would be in the winter. If you want to save a buck, it might be worth waiting until it’s cold out.

The Whole Process Should Be Faster

Another key factor to come out of having less competition is the fact that everything should happen much faster. Having multiple interested buyers slows the entire real estate process down for many reasons, but you’ll be more likely to get a quick response if you put an offer down during the slower months.

Plus, moving companies won’t be spread out nearly as thin in the winter, which means that they can send more people to pack your truck. On top of that, the cold weather might inspire them to hurry up, so they don’t have to spend too much time out in it.

Since you’ll be coming down south, one of the top benefits of moving in the wintertime is you won’t have to worry about unpacking in the snow. Of course, that’s rarely a worry in southern states regardless of the time of year, but coming in the winter will help you avoid the scorching summer heat. Not only is unpacking in hot weather unpleasant, but depending on the severity, it could even be dangerous due to the possibility of heat exhaustion. As an added bonus, you’ll also get to leave during a season of unpleasant snowy weather and enjoy your first few months with a beautiful southern-style winter.