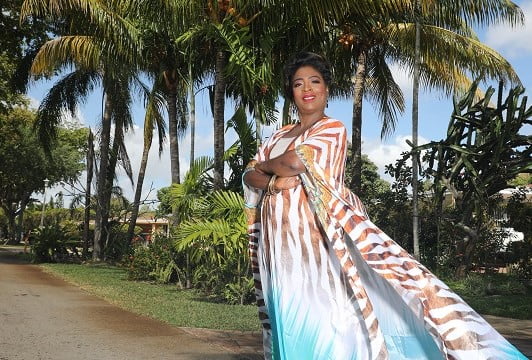 Mary Estimé-Irvin describes herself first as a single mother then as a community advocate, entrepreneur and, importantly, as the North Miami councilwoman elected to represent the people of District 3. She was sworn in at the Veterans Memorial at Griffing Park on June 11, 2019, excited for plans to focus on affordable housing initiatives, improve infrastructure, increase services for seniors and develop youth programs.

She also is the only Black woman and the only Haitian-American woman on the current city council.

“I’m just so proud that little girls that look like me know someone represents them,” she said. “I’m here to represent everyone that lives in my district and I serve everyone that lives here. But there’s just something special about when someone looks like you and understands your culture, regardless of gender.”

“We just had to reimagine the way we did things,” Estimé-Irvin said. “Immediately I started serving our seniors, our most vulnerable, making sure that they had food, reassuring them. Calling my constituents in general and educating people. One of the first things that we did was provide relief [because people were] not working and businesses were closed. We immediately provided millions of dollars for housing relief, for mortgage relief, for small business relief — especially essential businesses.”

Although Estimé-Irvin and the entire city council had to pivot their 2020 plans because of the pandemic, she speaks glowingly about several of achievements. She sponsored an ordinance to create the North Miami Youth Council, which has offered several seminars such as one about college readiness. “Leadership is important,” she said. “And making sure our kids know what we’re going through is important.” She also served as the commissioner of the Community Redevelopment Agency, sponsored the ordinance to establish the first Women’s Commission in North Miami and sponsored a resolution to attract tech businesses to the city.

The North Miami councilwoman sees the city as a cultural melting pot. While there’s a high population of Haitian Americans, she represents Hispanics, Caribbean people and people from all walks of life. The area’s diversity also inspires her work. Multiculturalism, she said, should be attractive to tech businesses from California and elsewhere who are looking for new headquarter locations. So, she recently sponsored a resolution to actively work on creating favorable conditions for these entities in North Miami. She believes the city is ideally located between both major South Florida airports and is ripe with skilled job seekers, making this opportunity a win-win for both businesses and locals.

The Women’s Commission, which has not yet finalized its leadership, “would basically look at every aspect of life in the city of North Miami.”

“They are an advisory board to the mayor, [which is necessary because] women’s issues are everyone’s issues,” Estimé-Irvin said.

The Significance of Haitian Heritage

This spring, recognizing Women’s History Month in March and Haitian Heritage Month in May, Estimé-Irvin reflected on the significance of her current position, her heritage and her journey there.

Her parents, both medical professionals, immigrated to New York before she was born because of turmoil on the island. At the time, Haitian licenses were not recognized in the United States, so they started by working odd jobs. Her mother, a dental hygienist in Haiti later became a certified nursing assistant in the U.S. Her father worked as an orthopedic technician and later became a licensed practical nurse.

“My parents worked really hard,”she said. “My mother decided to move here, very near to North Miami, because it reminded her more of Haiti. Even though I was born in this country, I live like I was born in Haiti. It’s the pride, it’s the culture. When you come to a land of opportunity, it’s just [about] taking advantage [of your circumstances] and being a better citizen.”

It is important, too, she said to stay connected with her Caribbean roots. She is heartened to see future generations continuing Haitian traditions in Miami.

“May 18th is Haitian Flag Day. It is so nice to see all the young people, even though they were not born in the country, embracing their culture, eating the griot and the banann pézé — that’s fried pork and fried plantains. They are listening to compas, learning about their history, proud that we were the first Black country in the western hemisphere to have independence in 1804,” she said “That’s something we really take pride in.”

Around the same time the community hosts Haitian Compas Festival, drawing diverse crowds from all over the city and state. In North Miami, the celebrations of Haitian contributions to the world start earlier, typically on May 1.

“It’s usually a big event,” she said. “You get to see the beautiful art, the dancing, the food. It’s a good time for us.”

Along with her son Patrick, who is her pride and joy, Estimé-Irvin’s parents now live with her. The importance of family has been close at heart since her mother was diagnosed with stage IV colon cancer in the midst of the COVID-19 outbreak. Now, the North Miami councilwoman is acutely aware that March is National Colorectal Cancer Awareness Month, too. In her elected position, she’s begun advocating for early cancer screenings.

“We just need to take better care of ourselves, especially in the Caribbean [community]. Take the time out,” she said. “If anyone had cancer in your family, just go ahead and take precautions.”

What’s next for the North Miami councilwoman?

She’ll continue to partner with county, state and federal officials to better serve the city of North Miami. As she completes her current term and gears up for a new election, the focus remains on vaccinating North Miami residents and continuing on her original path. 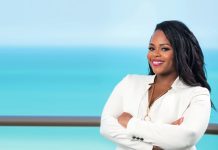 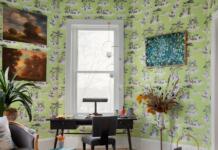