For almost 20 years, the date of the Grace Jamaican Jerk Festival has had a permanent thumbtack on the calendars of South Florida residents. It grew to over 15,000 attendees in recent years with visitors from around the world, and developed popular spinoffs in New York and Washington D.C.

This year, in observance of the health and safety of their fans, The Grace Jamaican Jerk Festival will carry on 2020 style. The festivities move online on the inaugural National Jamaican Jerk Day, October 25, celebrating Jamaica’s unique way of seasoning and grilling foods nationally in the USA.

Jerk cuisine has evolved from simple local street food to gourmet status in first-rate restaurants worldwide and celebrated through numerous Jerk Festivals around the globe.

On the third Sunday in October, Jamaican Jerk Festival USA Inc., in collaboration with other Jerk Festival Promoters throughout the USA and Canada, is urging fans to fire up the grill or oven to prepare their favorite Jerk Dish at home, or to support a local restaurant, and celebrate the day. Jerk fans should also share their jerk creations on social media using the hashtags #JamaicanJerkDay #JerkDay2020 #NationalJerkDay2020. Follow Jamaican Jerk Festival on IG @jajerkfestival and comment on posts you like.

To join the virtual celebrations, tune in to the VP Records YouTube channel and watch the Best of Jerk Festivals from around the world featuring top reggae and soca acts, along with cultural presentations. The live stream premieres 7:00 pm on October 25.

Where to Get Your Jerk

As part of National Jamaican Jerk Day activities, the promoters are encouraging jerk fans to support their local Jamaican restaurants. Here are some of their official restaurant partners in South Florida and the New York area. 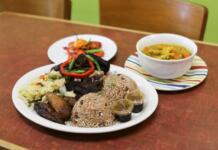 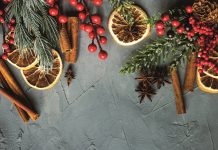 Get Amazing Curl-Inspo From These IG Caribbean Naturalistas

Things To Consider Before Moving to a Tropical Island