“Do not be afraid of success or failure. Each one prepares us for the next step.” Jacqueline Charles

Her bio begins, “Recognized as ‘Haiti’s Ambassador to the world,’ by former U.S. President Bill Clinton, Jacqueline Charles is the Miami Herald’s Pulitzer Prize Finalist and Emmy-Award winning multilingual Caribbean correspondent with responsibility for Haiti and the English-speaking Caribbean.” Charles has spent her entire professional career at the Miami Herald, where she started as a 14-year-old high school intern. The multilingual journalist covered beats from Miami’s Black and impoverished communities to the state legislature before joining the world desk as a foreign correspondent in 2006. Her first overseas assignment covered the post-exile return of Haitian President Jean-Bertrand Aristide.

Today, Jacqueline Charles is the Haiti / Caribbean correspondent at the Herald. She is a 2022 inductee into the NC Media & Journalism Hall of Fame, a 2018 recipient of the prestigious Maria Moors Cabot Prize (the oldest award in international journalism), National Association of Black Journalists 2011 Journalist of the Year for her Haiti earthquake coverage, among many other accomplishments.

The Emmy-winning documentary she co-produced, “Nou Bouke” (“We’re Fed Up” in Haitian Creole), was broadcast nationwide on PBS. For her expertise on Haiti and the English-speaking Caribbean, she has been featured on PBS NewsHour, Nightline, MSNBC, CNN, BBC and Aljazeera, among other public platforms.

Thoughts on barriers to women in leadership:

I think the barrier is people’s stereotype on “a woman’s place.” To overcome it, we need to instill in young girls that they don’t have to accept society’s definition of who they must be. They must be unapologetic about their pursuits.

I was born in the Turks and Caicos to a Haitian mother. I was raised by my Cuban-American stepfather. I have cousins and nieces and nephews who have at least one parent who hails from The Bahamas, Barbados, Cayman Islands, Dominican Republic, Jamaica as well as Haiti, Cuba and the Turks and Caicos. My best memories are of growing up on an island, surrounded by love of family. My mother regularly traveled with me to Haiti, introducing me to my culture and this rich history that continues to influence my strong sense of self and purpose.

Advice to her younger self:

Everything happens for a reason.

The progress she has seen:

I work at a newspaper where the top brass used to be all men. Recently, we had an all female leadership. Today, my executive editor is a Black female, as well as the head of the Editorial Board. This is progress.

I view myself as a bridge for those of us from the islands who like to think of ourselves as “islands unto ourselves.” I strive to show that we have more in common than we think. Also in telling the modern story of Haiti, I hope to show that it’s a beautiful country with a lot to offer, to show its humanity and give voice to the voiceless.

If you’re an immigrant or child of one, I would recommend Edwidge Danticat’s “Breathe, Eyes, Memory” and anything by Toni Morrison. 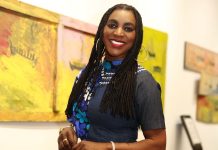 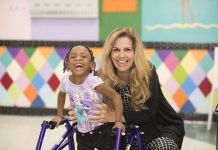 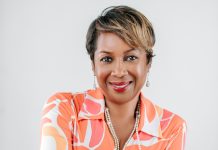 How Four Authors Uncover The Caribbean In These New Books

Why Key West Is Home to Some of the Tastiest Jamaican...