We had no idea you were unhappy.

Neki Mohan heard that often from viewers after she left her position at Local 10, where she’d been a weekend anchor and reporter for 16 years, becoming a local celebrity and a beloved champion of South Florida’s Caribbean communities.

They didn’t know, Mohan said, because she did love the job (mostly) and she didn’t want to burden the people she was serving.

“I wasn’t going to show that to the viewer that was getting up that morning to go work on the toll plaza or in a security job, or who was going to work in the hospital,” she said. “But I knew that was not what I wanted for my life anymore.”

Mohan wanted more out of her career and saw no opportunity for advancement at Local 10. She wanted to double down on community-driven service. The suicide death of her on-air partner nudged her to seize the life she wanted. And, despite the turmoil of a global pandemic, she finally had the financial and family stability to take bold risks.

A New Station in Life

Neki Mohan left WPLG Local 10 in August 2020. For the next year, she brought her skills as a communicator and people connector to a variety of jobs — media consulting, producing and hosting virtual events, among other gigs  — as she explored the possibilities for her future.

In late 2021, she accepted an offer to become Vice President of Multicultural Business and Community Engagement for Broward County’s tourism agency, Visit Lauderdale.

“I knew Neki was the right person for the job from our very first meeting,” said Stacey Ritter, president and CEO of the Greater Fort Lauderdale Convention & Visitors Bureau. “She has deep roots in this community from her lengthy experience as a journalist, already has great relationships in place and understands that Visit Lauderdale must become relevant in the lives and businesses of Broward County’s residents.”

In the new job, Mohan has found both freedom and renewed purpose for her skills as a communicator.

“It’s extremely eerie when I walk in here,” she said of the office she now occupies. “But I definitely feel I’m where I need to be.”

This work, promoting South Florida’s diverse riches and bringing more multicultural tourism to the region, started two decades ago with Albert Tucker, who held the job until his sudden passing in April 2020.

“I actually met Al doing work in the community while I was a reporter and anchor,” she said. “It’s a weird, weird circumstance, you know, that Al passed and I left the news business all in the same year.”

She looks forward to expanding on Tucker’s work, appreciating that the focus is on bringing joy to diverse visitors by showing them the best destinations and experiences in South Florida, including those run by fellow Caribbeans.

“I’m in a business where it’s about promoting positivity for everyone under the sun,” she said.

Lessons in the Value of Work

Mohan’s decision to leave Local 10 was spurred by family wisdom and self awareness earned from a lifetime of experience.

She was born in Brooklyn, New York, but went to live with her grandparents in Trinidad and Tobago when her mother, a housekeeper, and her dad divorced. As is true for many islanders, it was a difficult childhood on paper — living frugally with 10 people in a three-bedroom house — but one full of joy, tough love and warm memories.

“We weren’t people of means, but we were people of purpose,” she said.

Neki Mohan came to value serving others, even in small ways, by watching her grandmother, a nurturing matriarch and ever-in-demand seamstress. From her athletic and competitive boy cousins, as well as her track-and-field Hall of Fame grandfather, Mohan learned to stand up for herself and the value of unglamorous work.

An early hint at her future came when 11-year-old Mohan skipped catechism classes to audition for a TV talent show. Her grandparents found out while they were watching television when the performers were announced.

An Exemplary Career in Journalism

Over her three-decade career in broadcast journalism, Mohan worked at 10 stations from Los Angeles to D.C. before landing in Miami.

Her first live shot was reporting on Marion Barry’s re-election as D.C. mayor. She later covered the Michael Jackson trial and was the only TV journalist to report live from Jamaica during Hurricane Ivan. She also has acted on the side, made calls as a telemarketer, worked on Survivor, taught college courses in Miami as an adjunct professor, and is currently a board member at the Jack & Jill Children’s Center in Fort Lauderdale.

Community service has always been a priority for the mother of one, so she has volunteered with her daughter’s Girl Scouts troop as well as mentored emerging reporters for the National Association of Black Journalists and the Asian American Journalists Association. She also mentors a high school class as part of the Women of Tomorrow Mentoring and Scholarship Program.

As a reporter, she proudly represented Black and Caribbean women on the screen.

“I always felt it was my privilege to make sure we were represented in the light that I see us, which is in a variety of ways, right? And being that voice in the room, that voice of experience, that person on the streets that people thought they could talk to, that they could relate to,” she said. “It was an honor I held extremely proud. Quite frankly, it was fun. It was a lot of fun.”

In addition to reporting, Mohan anchored the No. 1 rated morning show at Local 10 alongside Todd Tongen.

“Who would have ever thought this white boy from Minnesota and this girl from Trinidad would get along?” she quipped. Yet, they did.

Mohan and Tongen sat next to each other at the studio and talked for nine hours a week for 11 years. “We had both lost our mothers. We both dealt with, you know, the challenges of parenting and relationships working a weekend job.”

Tongen’s death by suicide in 2019 was a devastating surprise. Although she had considered leaving Local 10, his passing left her thinking more seriously about what she wanted from life and when would be the right time.

On to the Next Scene

She was an award-winning newsroom veteran with a track record of successfully mentoring junior colleagues. Yet, she had been stuck as weekend anchor for years, watching people she trained get promotions ahead of her. Increasingly, she grew frustrated with news coverage where people of color only appeared on TV if they were “shot or in shackles.” Florida’s diverse communities appeared in breaking news stories more often in negative tones than they did in positive ones. And breaking news tends to get priority over everything else in television, regardless of how much it actually affects viewers.

“This is a challenge for media now, and I think it’s something that they’re all addressing, not just my former employer,” said Mohan. She expressed gratitude for the generation of Black broadcasters who laid the foundation upon which she built her career, but much work remains to achieve equity in newsrooms and their coverage.

Black people hold 13% of TV news jobs but just 4% of news director posts and an even smaller slice of general manager roles, according to an annual survey by the Radio Television Digital News Association. Women, in particular, are underrepresented in leadership jobs.

Mohan, who is proudly 50 years old and like “an aged rum,” said her lightbulb moment came at a journalism convention in Detroit where Tyler Perry told the crowd, “While you are fighting for a seat at someone else’s table, I’m over here building my own.”

“I’m a person about instinct and I said, girl, he’s so right.”

Neki Mohan left television on her own terms to start a new chapter of her choice.

“I’ve moved on, you know,” she said. “People want to hear dirt, and they want to hear that everything has worked out in my life and is brilliant. But I am not afraid to hold up a microscope in any industry that I’m in and say, ‘This is what we can do better.’ Because I’m all about better.”

After a year away from the news biz, Mohan chuckles as she goes back to her Trini roots for a reflection on the decision to change careers, “Massa day was done.”

Or, put in succinct wisdom suitable for an inspirational meme: “I was done asking for permission for the things I knew I needed in my life.” 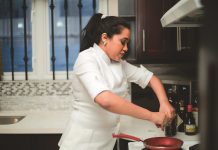 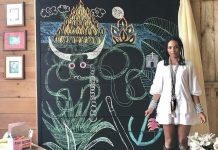 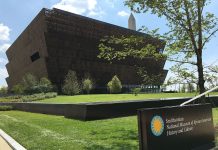 Try These Caribbean Pies for your Thanksgiving Table