After a year of dealing with a deadly pandemic which has disproportionately affected Black people, you would think we’d embrace something that promises to return us to normalcy. But that’s not the case. Even as COVID-19 vaccines become more available, Black Americans continue to have vaccine hesitancy and Caribbean folks are still disproportionately skeptical about getting the shot.

In late February, a nationwide poll by the Pew Research Center found that 69% of U.S. adults had already been vaccinated or said they wanted to be. The rate was a lower 61% among non-Hispanic Blacks, although that is up dramatically from 42% in November just before the first vaccines were authorized in the United States.

I confess that initially, I myself had vaccine hesitancy. I thought perhaps it was best for me to see how it worked on others before taking it myself. My knowledge of the vaccines was sketchy at best, and posts on social media that questioned their safety and efficacy made me even more uncertain. Many of the friends I polled on Facebook shared my worries. Some have since changed their minds.

“I do not know what is true anymore,” said Karen, of Trinidad. Her trust grew weaker as rumors and questionable information proliferated online. But she also is in a high-risk category and fears COVID-19. “So I have decided, if I have an opportunity to take the vaccine, I will get it. Growing up in Trinidad, all the vaccines were mandatory. I turned out fine.”

Aisha, who is of Jamaican, Panamanian and Senagalese ancestry, was nervous about how quickly the vaccine was created and also did not trust that adequate testing had been done. But when her mother’s care facility called to ask if she wanted her to be vaccinated, she immediately said, “Yes.”

“That made me pause and ask myself, if it is okay for her, why is it not okay for me? So I am getting it now.”

I started researching this article to answer my own questions as well as those raised by friends and family.

Now, I have a much better understanding of how the COVID-19 vaccines work and which companies were authorized to create them here in America. I learned the majority of scary social media posts I had seen were either false or did not include critical context. There are, of course, reasons to be concerned about medical racism today, but Black doctors are among those who developed the vaccines and are advocating for their use.

A Timeline of Events

In short, here’s how the vaccines were ready to go — safely — in less than a year:

How the Vaccines Work

So far, two types of vaccines have been developed. To trigger the body’s defense system, one uses a fake, inactive virus, the other uses mRNA proteins.

Historically, vaccines used an inactivated virus cell to trigger an immune response. That is the strategy the single dose Johnson & Johnson vaccine employs. A modified version of a different, harmless virus teaches our cells how to fight COVID-19. The coronavirus spike protein is effectively no longer able to attach to our cells.

“mRNA” stands for Messenger RNA, a string of proteins that the body uses to communicate with our DNA. The dual-dose Moderna and Pfizer-BioNTech vaccines are the first mRNA vaccines to be approved, although the strategy has been in development for about 15 years. In short, the mRNA vaccine teaches the body’s immune system to develop antibodies that fight the coronavirus should the real thing appear. (Note: The vaccine does not alter your DNA, it just instructs it.)

Both kinds of vaccine can cause temporary side effects such as a fever, fatigue, rash and body aches, among others. These symptoms typically last less than two days. They are signs that your body has recognized the vaccine and is learning how to fight to protect you.

Allergic reactions have been rare, but speak with your doctor if you have had problems with a previous vaccine. Serious adverse reactions have been incredibly rare — only a handful — after more than 80 million people in the United States have received at least one dose.

Cuban American Olga was initially going to take the vaccine but now has concerns that it could impact her fertility (a claim that has repeatedly been debunked). Since she is younger, she also believes she would handle COVID-19 well enough should she get it.

My Jamaican nurse friend, Ana, also worried about the potential side effects, but decided to seek vaccination after doing her own research.

On reflection, Ana recognized how vaccines, such as the BCG vaccine to prevent tuberculosis, have historically improved the lives of Caribbean people. That was first developed in 1921. Knowing that some Black Americans have vaccine hesitancy, she offered this advice, “Look how far we have come — so many significant medical developments. I feel like I should trust now more than then.”

While the new vaccines don’t promise to prevent COVID-19, clinical studies show that the Pfizer and Moderna vaccines are about 95% effective at preventing symptomatic illness, hospitalization and death. It is not yet clear if people who are vaccinated and become infected can still spread the virus if they do not have symptoms. That is why authorities ask people to continue wearing masks and taking other precautions even after vaccination.

Vaccine Hesitancy and How to Fix It

Black people are four times more likely to be hospitalized and three times more likely to die from COVID-19 than white people in the United States. Nearly 80% of Black Americans know someone who has been hospitalized by or died from COVID-19. Yet, white Americans are getting immunized at a rate three times higher than Black people in America who still have vaccine hesitancy.

Some of it has to do with barriers to access, like age limits and lists of “essential” jobs that disproportionately excluded Black people. But some of the gap also is because Black Americans have vaccine hesitancy due to uncertainty about the vaccines and mistrust of the healthcare system.

Medical atrocities against Black people in the United States, like the government-sponsored Tuskegee Experiment, and everyday health care disparities contribute to the distrust of the medical community.

Black adults who do not want to be vaccinated told the Pew Research Center that their major reasons were:

The list included some of the concerns I had, or had heard from others, before I started research for this article. I talked to Dr. Sidney Coupet, a Haitian American, about why vaccine hesitancy runs so deep in Black communities.

“Healthcare has never treated us well,” Coupet said. “In fact, it has abused us, caused us harm, used us for their benefit.”

Coupet, who also has a master’s degree in public health, dedicated his career to addressing healthcare disparities in our community. He said America needs to take a three-pronged approach to gain the trust of the Black community and limit vaccine hesitancy: Apologize, listen and co-create.

After apologizing for past harms, Coupet believes health professionals need strategies for active, ongoing listening to the Black community about their experiences and concerns. And then they need to collaborate with us to resolve barriers to equitable care.

The Black Coalition Against COVID-19 (BCAC), which is working to provide accurate information and resources, has found that many people, like myself, have adopted what they call the “wait and see” approach. And while BCAC understands that vaccine hesitancy is understandable, the group notes that delayed vaccination jeopardizes our health.

“We know that for some semblance of ‘normalcy’ to return, we will need to vaccinate a high percentage of our population,” she said.

If enough people are immunized, we collectively achieve herd immunity. For the world to put this horrendous episode behind us, there are no other options. I hope others can find their way from vaccine hesitancy to optimism, the way I ultimately have on this journey. 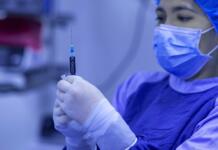 What Black America Needs to Know About COVID-19 and Vaccines 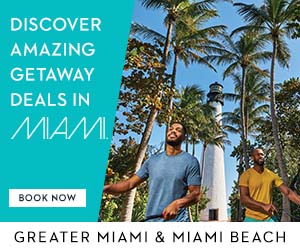 Toots and the Maytals clear the record on the true origins...