Have you ever wanted an original painting by celebrated Caribbean-American artist Jean-Michel Basquiat? Since his death in 1988, most works by the artist of Haitian and Puerto Rican descent now cost a fortune. His 1982 painting “Untitled” sold for $110.5 million in 2017, the highest for any American artist at auction. Though an original is out of the question, Basquiat can see what their portrait would be like by the artist thanks to Google Arts & Culture app‘s latest feature, Google Transfer.

Using your uploaded photo, an algorithmic model produces a recreation based on the artist’s recognizable style. The user simply uploads their selfie to the Art Transfer mode and selects a style. The feature is available on the latest Arts & Culture versions for both Android and iOS.

Google Arts & Culture was permitted by art institutions around the world to use paintings from famous artists like Basquiat. The artist’s unique scribble and graffiti art style was a blend of various elements, from his Caribbean heritage to politics to pop-culture. Many institutions have displayed his work, including the Museum of Modern Art in New York, the Museum of Contemporary Art in Los Angeles, and the Rubell Family Collection in Miami.

Google had been unsuccessful with the implementation of a similar feature in 2018. The feature, called “Art Selfies,” compared the user’s selfie with famous artworks. But it met a lot of criticism as the program matched people of color with white portraits. This new take looks to improve on that by embracing the works of artists cutting across different genders, races, and cultural backgrounds. 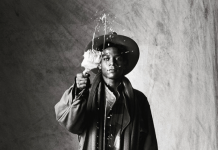