What do you do when your face doesn’t suit preconceptions of the Caribbean? That’s what comic. writer and filmmaker Danielle Ayow explores in her upcoming documentary But You’re Not Black. Born in Toronto, Canada, to Chinese-Trinidadian parents, Ayow was always proud of her island roots, but grew frustrated by the general disbelief she constantly encountered outside the community.

“Wondering if this experience is unique to me, I’ll travel to Trinidad to visit family, make dumplings with contemporaries, get ready for Carnival, and consult experts and academics to get to the root of my discomfort,” says Ayow about the project.

Between exploring historical files and marching for carnival, the documentary ultimately seeks to broaden perceptions of Caribbean identity. “But You’re Not Black shines a light on how society’s conceptions of culture and heritage are often perceived based entirely on someone’s visible race — and the impact that can have on an individual’s sense of identity,” says Ayow.

A shorter version of the film premiered at the 2017 Toronto Reel Asian International Film Festival. She is currently developing a expanded version, diving deeper into her exploration of Chinese Caribbean culture. To complete the project, she is holding a Kickstarter drive for additional support, in addition to development grants from Breakthroughs Film Festival and Red Square Motion. The new edition of the documentary will broaden the research into Chinese Caribbean history, interviewing more subjects and experts in Trinidad and Canada. The new film will premiere at Breakthroughs Film Festival in June 2019.

Ayow is a popular stand-up comedian, as a regular on Crimson Wave, Dawn Patrol and Second City. She also guest hosts the popular The Royal Canadian Movie Podcast. 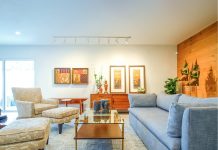 Who Run the World? Meet the Amazing Caribbean-American Women in Politics

How This South African Became The First Person To Swim Around...