Each year, the sights, sounds and scents of summer are brought to vibrant, living color by the Caribbean-American cultural events held across the United States. From concerts to food festivals and carnivals, island culture is on full display for a diverse audience.

These Caribbean festivals and events, however, provide more than just a good time. They serve as major economic engines for a whole ecosystem of entrepreneurs and small businesses.

Many of these events emerged from humble beginnings, like in 1978 when members of the Kiwanis Club of Little Havana launched a neighborhood street festival highlighting the rich Cuban-American enclave in Miami known as Calle Ocho.

This event would become the massive Carnaval Miami ― a packed calendar of attractions that include the Miss Carnaval Miami beauty pageant, popular domino and soccer tournaments, and Carnaval on the Mile. Their marquee event remains the Calle Ocho Music Festival. Attracting more than 500,000 attendees in past years, the festival takes over 15 blocks of Little Havana with concerts, international food stalls and folkloric performances.

Calle Ocho “has become a major economic driver for the area, not only for small business on 8th Street, but for the surrounding community,” said Mayra Hernandez, communications manager for the Kiwanis Club of Little Havana. They estimate the event overall generates an economic impact of $40 million for artists, vendors and small businesses throughout Greater Miami.

The greatest financial influence of such events, however, is arguably unquantifiable, as they also develop brand recognition. “We generate a substantial amount of awareness for Little Havana,” Hernandez said. “Everyone knows Calle Ocho. It’s a name recognized on a national level.”

Building brand power was the goal of the annual Haitian Compas Festival, which resumed this past May in Miramar, Florida, following a two-year hiatus caused by the COVID pandemic. This year’s event showcased hot Compas music acts such as Master Brain, Black Mayco, Nicky Mixx and Andybeatz. Providing a dependable platform to promote such stars is vital, said Caribbean Festival and Event Producer Alexandre Ade.

Of the event first established in 1998 to celebrate Haitian Flag Day weekend, he said, “the Haitian Compas Festival has been the go-to event of the year in the Haitian music industry since its inception… We want to help make the music more commercial, and for our artists to be able to expand their horizons.”

The events were extraordinarily important this year as Haiti’s national Kanaval celebrations ― usually the biggest stage for Compas musicians ― was canceled due to COVID-19 and ongoing economic concerns. “So providing our platform definitely helped the whole Compas music industry,” Ade said. “Especially the musicians that we petitioned to travel here for the first time to perform on U.S. soil. The event has become a staple in their career.”

The festival circuit is certainly valuable for artists like Robert “Dubwise” Browne, a touring guitarist based in Kingston, Jamaica. He has performed at the popular Caribbean stage show Best of the Best in Miami several times, backing dancehall acts such as Shaggy and Super Cat. He, too, relies on cultural festivals to generate income. When the pandemic caused the cancellation of large events in 2020, Browne’s earnings took a major hit. “In Jamaica, we have a saying, ‘One, one cocoa full basket,’ which simply means every little amount adds up,” he said. “The same applies to these festivals.”

She also chooses to camp out instead of booking nearby hotels as they often increase their prices during the season. For her, these careful strategies pay off. “I do not participate in any events with less than 10,000 people,” she said. “I work hard and I pay myself.”

However, fellow caterer Alreca Whyte argues the math may not work for everyone. As the owner of Chef Alreca’s Catering, a Caribbean fusion catering and pop-up company based in Alameda, California, she often found the festival circuit prohibitive. “Vending fees, insurance and permitting fees are also costly,” she said. “And many times smaller businesses cannot compete.”

Balancing accessibility for vendors and attendees with high production expenses remains a consistent challenge for festival managers. Overhead costs run high, with payments required for permits, city services, utilities and temporary infrastructure. Top-dollar performers also bring big costs for concerts, said Ade. “When you’re taking on 10 to 20 bands, and they have 10 to 18 people on their crew, with flights, hotels and per diem, it all adds up.” Following the pandemic, organizers also faced reduced support from corporate sponsors “because a lot of these corporations are still not back 100%,” Hernandez said.

Yet, to those working behind the scenes, festivals are more than a bottom line. For Ade, the Haitian Compas Festival provides a celebratory arena for the Haitian diaspora. “That’s the foundation of what Compas Fest was built on,” he said. “We want our culture to be known and appreciated.”

Carnaval Miami also provides funding for Kiwanis Club of Little Havana’s many charitable initiatives, including scholarships and education programs. “And all the events are run by the volunteers dedicating over 15,000 to 20,000 volunteer hours a year,” said Hernandez. “In the end, this is all truly a labor of love.” 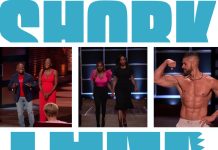 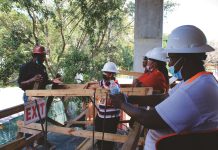 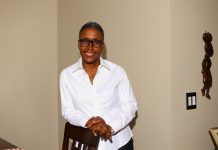 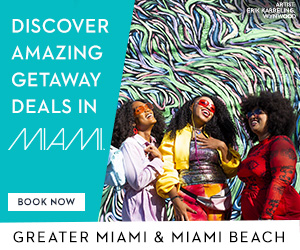 Beautiful Gifts by Haitian Artisans You Can Support Online

Taste the Islands This Holiday Season

Why This New Duet by Yanatha Desouvre Was 30 Years In...