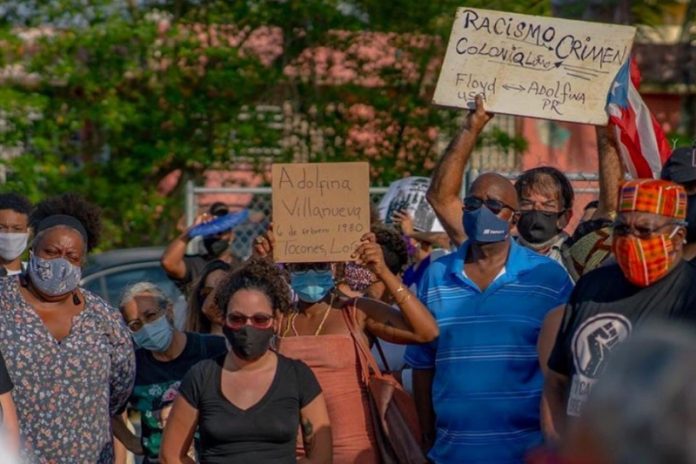 Amidst the ongoing international rallies in response to police brutality and the dealth of George Floyd, Caribbean people all over the world have shown their unshakable solidarity. Loíza, a municipality in Puerto Rico that is considered to be the center of the island’s Afro-Latinx community, was the first Latin American city to join in the George Floyd protests. Loíza residents showed their support for the Black Lives Matter movement and honored George Floyd’s life with a peaceful protest and vigil.

The people met in their hundreds at the historic Ancón de Loíza and held a unique remembrance for Floyd. It was a colorful event featuring a grand community altar, as well as bomba and plena dancing, and led by freedom-fighting and anti-racism organization, Colectivo Ilé.

The protesters’ main message is was that Latin America and Puerto Rico can relate to the racism from authorities against Black communities. Siloe Andino, a Loiceño protester who attended the manifestation with his 19-year-old son, expressed the collective sentiment saying, “We are tired of the abuses that we are facing by the government and the police, not only in the U.S. but around the world.” Another protester, Maria Petersen said, “Just because the level of racism that occurs in Puerto Rico is not as visible as it is in the US doesn’t mean it’s not affecting us.”

“The fantasy that [Latin America’s racism] is not the same as [the United States’] stalls us in a stage of denial. Like Puerto Rico, the same schemes exist in Mexico, Argentina, Dominican Republic, etc. It is one based on prejudice in favor of white people, a prejudice against native people, and an anti-black prejudice,” explained María Reinat Pumarejo, a Colectivo Ilé spokesperson.

The Haitians Lives Matter movement also joined in the protests aimed at getting justice for the family of George Floyd, with activists and political leaders showing their solidarity for these demands.

“Seeing the killing of the 46-year-old black man George Floyd, it’s so sad that the officers are charged with third degrees when they were supposed to be charged with first-degree murder,” said Werley Nortreus, founder of Haitian Lives Matter.

Meanwhile, Jamaican entertainers have expressed their solidarity as well, on and off social media. Dancehall sensation Spice joined in the peaceful protests on the streets of Atlanta. She posted a video on her Instagram in which, in unison with other protesters, she was seen chanting, “What do we want? Justice! When do we want it? Now!”

Other Jamaican entertainers participated in the “Blackout Tuesday” action to show their support for the movement. Along with his all-black Instagram post, Konshens added a caption advocating for black unity and stating that “The System fears ORGANIZATION!!”
Sean Paul also urged black people to come together captioning his all-black post: “SOMETIMES THE SPLIFF AFFI BURN 2 GET 2 A HIGHER PLACE, NOW IT’S TIME 2 REBUILD. A PEOPLE UNITED CAN NEVER BE DEFEATED!!!”

Dancehall legend, Bounty Killer, posted the raised, clenched fist symbol of the Black Lives Matter movement with the caption: “By Any Means Necessary.” This phrase was used by civil rights icon, Malcolm X, in one of his most memorable speeches advocating for the rights of African Americans.

The Trinidadian Movement for Social Justice also held a solidarity rally in front of the US Embassy in Port of Spain. Following the country’s COVID-19 regulations of no gatherings larger than five, David Abdulah, the political leader of the group, and four other members made up the rally.

“People in Trinidad and Tobago have family and friends living in the U.S. and they too are subjected to the same racism and discrimination as African Americans and other people of color, so it’s important for us to express solidarity with them,” said Abdulah. 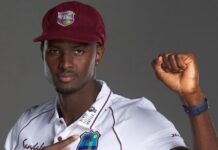 Hidden Sounds of the Caribbean