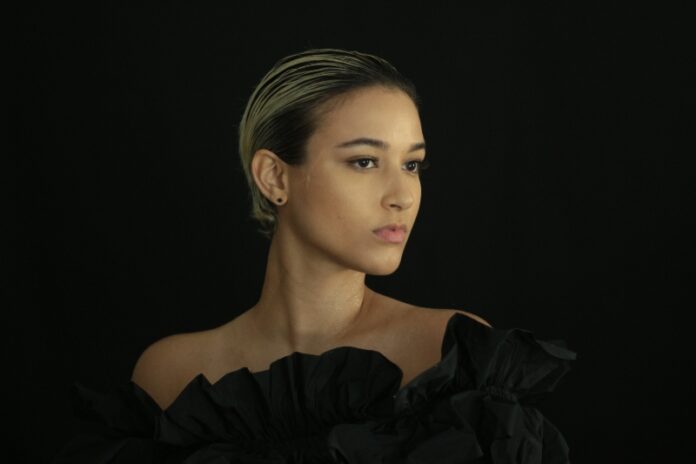 As the global COVID-19 pandemic continues, it’s difficult for even the most optimistic to keep their hopes up. At times, singer Krisirie finds herself among the despondent. The Bajan artist lets her feelings flow a heartfelt ballad, “Return to Love.” In it, she speaks to a world in tumult with a sound that recalls Sinead O’Connor and Alysia Keys.

“I want this song to spark self-reflection and I hope that it brings peace, healing, and inspiration to people’s hearts and minds,” says Krisirie. “I truly don’t know if it’s the one that gives me the big break but I really believe that Return to Love will resonate with many people from all over the world.”

The initial draft was written by Krisirie five years ago after watching a particularly depressing newscast at home in Barbados. She later co-wrote the sone with veteran Jamaican musicians Willie Stewart and Handel Tucker.

Through Barbadian saxophonist, Arturo Tappin, she was introduced to Stewart, best known as the drummer of the classic Third World lineup from the 1970s and 1980s. The song was recorded at his South Florida studio with Tucker, another veteran, on piano.

According to Krisirie, things clicked the first time she met Stewart and Tucker. That chemistry manifests on “Return to Love.”

“We didn’t plan to create when we met, but Handel was playing the keyboard at the time and I expressed that I had an idea we could work on. From that moment, the song wrote itself; we surrendered to the divine process in the studio,” she said.

From the parish of Christ Church in southern Barbados, Krisirie has been recording for the past three years. Pointing to Bob Marley, Sade, Ella Fitzgerald, and Chronixx among her influences, she has opened shows for Tappin and Third World.

A proud Bajan, Krisirie wouldn’t swap being an island girl for all the fame in the world. “I think growing up on a small island has allowed me to appreciate the little things in life from early,” she shares. “There is something extra-special and healing about the springs and seawater here in Barbados. It’s a blessing that we have access to any beach on the island at any time. There is this ‘feel good’ energy that flows through the people and the country.”

What to Expect from Ricky Martin’s Upcoming 2020 Movimiento Tour

Caribbean Culinary History was on Display at the 2018 Jamaican Jerk...