Nothing feels sweeter than a Caribbean Christmas: surrounded by the warmth of family, friends, food, and of course, all the fun festivities. The region has celebrating the yuletide down to a science, with many must-see traditional holiday festivals. So we’re rounded up our favorite traditions to add to your travel bucket list, from wandering folk singers to sparking boat shows.

Come Christmastime in Trinidad & Tobago, the air fills with the sweet sounds of parang music. A traditional folk form from Venezuelan and Colombian migrants that came to the twin islands, Parang has evolved into an essential holiday tradition. Every year sees a slew of parang festivals across the country, as “paranderos” strut their stuff with traditional instruments and costumes. Though most performances concentration around the big community events, bands of paranderoes still wander house to house in smaller communities.

Many island hold their carnival celebrations around christmas time, but the Boxing Day Junkanoo carnival in The Bahamas remains the biggest December Caribbean carnival by far. The event include the popular sequin-and-beads bands, but the event also retains more traditional features. Large groups parade along Bay Street in downtown Nassau with elaborate costumes, dancing or playing goatskin drums, horns, bells, or whistles, as thousands watch and dance along. Perhaps the most iconic is the Junkanoo live marching bands, dressed in elaborate costumes.

Come Christmastime time, locals from around the island head to the Hamilton Harbor for the stunning floating lights of the Christmas Boat Parade. Dozens of boats decorated with brilliant light designs cruise into the harbor for the spectacular biennial show. Each crew decks out their boats under a particular holiday theme, competing for the best display as spectators along the shoreline cheer on. The event ends with grand fireworks that takes place from the center of the harbor. 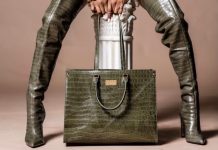 ‘Tis The Season for Your Caribbean Christmas Gift Guide 2021 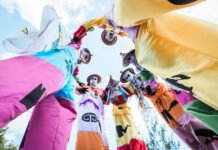 Enjoy Holidays In The Sun At These Dream Caribbean Winter Vacations 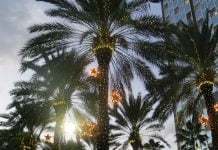 The Best Reggae Christmas Tunes For Your Holiday Playlist