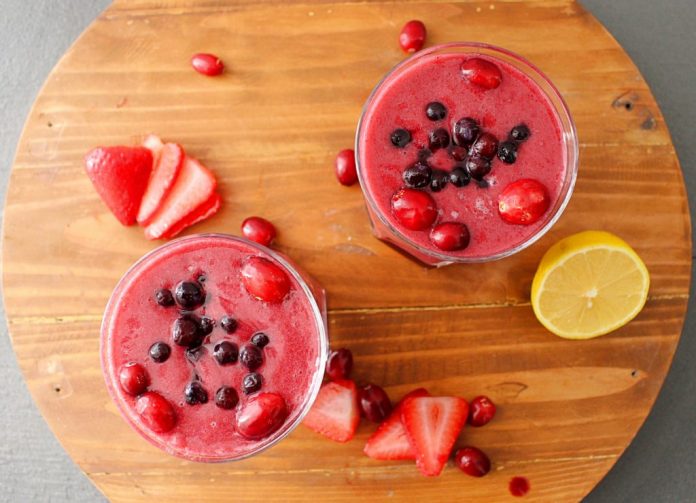 Yet, another recipe created from things I needed to use. After taking the photos for my Ginger Cranberry Whiskey Cocktail, I had a bag of cranberries that I needed to get through along with a couple of lemons. I hate wasting food so instead of being naughty and making my Vegan Cranberry Lemon Muffins, I decided to go with the healthier option of making a smoothie. Thus, my perfectly sweet, tart, and refreshing recipe for Cranberry Berry Smoothie was created!

I’ll be the first to admit that smoothie making isn’t as straightforward as some people may think it is. I’ve made some pretty awful smoothies in my early vegan days. I could have saved a lot of wasted fruits and veggies had I followed a few recipes. That’s where I come in! After practicing smoothie making on an almost daily basis, I’ve worked out the kinks and have figured out how to combine fruits and vegetables together to create magical smoothies (like this one). So now you don’t have to force yourself to chug that awful tasting and looking smoothie that you made to avoid wasting expensive fruits and veggies.

There is nothing ugly about this smoothie. The bright colors of the berries make it look so enticing. After your first sip, you’re in smoothie heaven. Slightly tart from the cranberries while also perfectly and naturally sweetened with the addition of strawberries, dates, and blueberries. 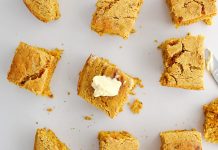 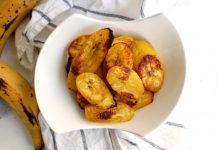 The little show that could… From home kitchen to national TV