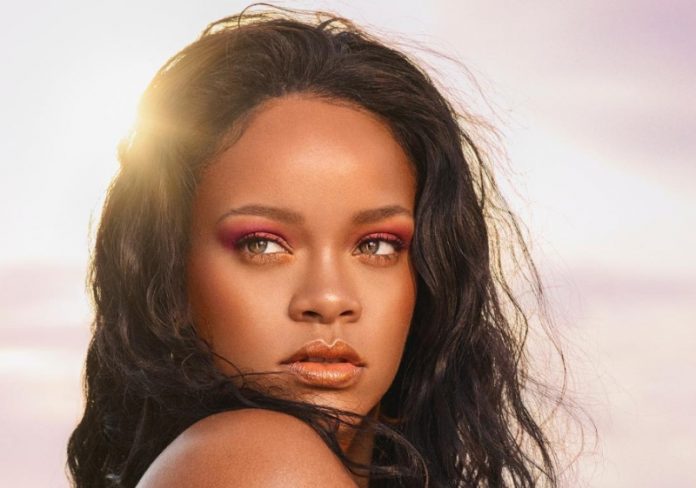 We may not know what the new year has in store for us, but it’s safe to predict we’ll have a killer soundtrack for 2019. A slew of new albums and projects are slated for release this year by Caribbean artists, from dynamic duo J Balvin and Bad Bunny, to Miss bad gal Riri herself. So we’re rounded up the most anticipated released to add to your watch list, from stadium stars to exciting newcomers.

2018 was a hectic year for Rihanna, expanding her insanely popular make-up line Fenty Beauty and co-starring in the “Ocean’s 8” heist film. But in 2019, the Bajan beauty may be returning to her music roots with a double album: one focused on her pop-centric sound, and the other dedicated exclusively to reggae and dancehall. In December, Rihanna gave a vague, one worded reply “2019” to a fan begging for a new album on Instagram. She could have been trolling fans, but industry insiders, including several producers and songwriters from around the Caribbean, have confirmed the project is fervently in the works, with several tracks already completed. Jamaican producers Supa Dups, Stephen “Di Genius” McGregor, Linton “TJ Records” White, Jamerican producer Tyshane “Beam” Thompson, and US. Virgin Island producer duo R. City have been linked to the project. Jamaican stars Chronixx, Gyptian and Kranium are also rumored to be involved. So a 2019 released date is looking promising for bad gyal fans everywhere.

No one possibly had a bigger 2018 that these reggaeton stars, Columbia’s own J Balvin and Puerto Rican latin trap master Bad Bunny. They both released two fire albums and shared the hottest song of the year “I Like It” with Cardi B. So fans were thrilled to hear these stars plan to collab on a joint album, tilted “Oasis,” exploring all shades and sounds of reggaeton, and a happy union of Caribbean and Latin American sounds. Though there is no official release date, both stars aren’t above a surprise drop (Bad Bunny dropped his first solo album without warning this past Christmas). And they have also let slip in interviews that they’re recorded six or seven tracks together already. So a 2019 release may be in the cards.

Cardi B cemented her status on the music landscape, releasing her first album “Invasion of Privacy,” which produced many killer hits, including the number one single “I Like It.” All this while getting married, having a baby, and performing around the world. So Cardi has proven she definitely knows how to multitask. So of course Cardi plans to release another album in 2019. On New Year’s Day, the rapper went live on Instagram, confirming a new project for 2019. “Of course it’s going to be an album in 2019,” she said to a fan asking about her next record. She went on to say she hopes to release the album around the same time of  the release of “Invasion of Privacy,” which makes the release date around April 2019. Though the star acknowledges the project may take longer due to her hectic schedule. Fingers crossed. She will also release a deluxe version of “Invasion of Privacy” this year as well.

Rap legend and Fugees founder Wyclef Jean goes back to basics with his latest album “Wyclef Goes Back to School,” slated for release March 2019. During his Carnival Tour in 2018, Wyclef became inspired by students he met at colleges around the country. This new project will feature student collaborators from each of the schools, either as musicians and side artists. The students who made the album will also perform with Wyclef during the Heads Music SXSW showcase in March.

Trini Calypso living legend Calypso Rose had a hectic 2018, releasing a new album “So Calypso” and completing a 50-show tour of Europe. And she’s not slowing down in 2019. She scheduled to perform on the star-studded Coachella line-up this year in April. And she’s working on a soca-infused album for potential release this year. She’s already released a track from the upcoming project, the slick “Young Boy” Carnival 2019 remix with Machel Montano. Canadian/Belizean platinum producer Ivan Duran and Grammy Award-winning engineer Dave Pensado have also been connected to the project.

2019 starts with a bang with Julian Marley’s latest solo album “As I am,” slated to be released January 25th. the new project marks a grand return, as it has been a decade since GRAMMY award-nominated Julian Marley delivered his critically acclaimed “AWAKE” album in 2009. The new project fully embraces his roots rock sound, and is inspired by his enduring faith and social consciousness. “I was inspired by GOD -life- love – family- people and the social issues we live in today and from ever since,” says Marley about the new project. “Music is to gather the people under the umbrella of love and the love is in the music.” The new album also proves to be a family affair, as Julian is also joined by Damian Marley and Stephen Marley as producers on the project. The album will also include some killer collaborations with other stars like Shaggy and Beenie Man. You can pre-order the album here.

We have high expectation for the very first solo album of British rapper AJ Tracey, who attracted serious heat last year with his single “Butterflies.” While deeply inspired by grime, the eponymously titled album will also offer a deep dive into his Trini roots, with some soca-inflected tracks in vein of his soca-drivven “Butterflies” hit. The album will drop on February 8th, and he is also launching a world-wide tour to support the album, starting in March. You can pre-oder the new album and get tickets for the upcoming tour here.

In many ways, singjay Koffee has been the artist Jamaican pop has been waiting for, combining authentic reggae revival vibes with lightning-fast dancehall delivery. The 18-year-old star was the toast of the town in 2018 with her viral hits “Toast,” “Burning” and “Raggamuffin.” So it’s natural that big labels would soon come calling. She’s signed with Columbia Records UK and is currently working on her very first EP that could be released this year. Jamerican producer Walshy Fire (of Major Lazer) has been attached to the project. 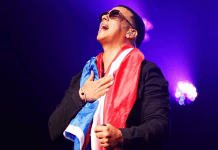 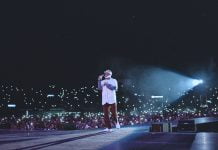 Top Tips for Renting Out Your Vacation Home

How to grow your business beyond its “growing pains”

When Art Becomes Therapy: These Artists Find Healing Through Art