I had a bit of a nervous breakdown last year. I think I was way too stressed and eventually hit a mental wall. Many of what I thought were my minor phobias became amplified. I didn’t want to leave my house. I didn’t want to touch anyone or anything. I still don’t want food that I didn’t see being prepared. There were times when I was so uncomfortable in my own skin that I wondered if I might harm myself to make the anxiety go away. I’m a pretty jovial person by nature, so I still genuinely smiled and laughed through all of this. It was both surprising and troubling to learn that sincere joy and overwhelming distress can coexist in the same mind at the same time.

I’m still on the road back to some level of normalcy, but I only felt like I was making progress after starting therapy. One hour each week, I sit in front of my computer and video chat with a guy named Anthony in another state. He listens without making me feel like he’s judging me. He suggests coping mechanisms I can try, rather than telling me what I “need” to do to fix myself. He allows me to talk, rather than changing the subject or telling me about his own problems, because he’s trying to minimize mine. And he doesn’t dismiss the things I’m feeling because I’m being “ridiculous” or I need to “grow up” or I’m a strong woman so I can just suck it up and get through it.

These are the opinions I had heard from friends and family for years before I started treatment. These people cared about me, but most don’t know, or don’t want to see, when little problems are becoming big ones. People only began accepting that what they considered “annoying pet peeves” may have been signs of greater concern when they learned I started therapy. When you’re a well-educated, highly accomplished, push-through-your-emotions-and-get-it-done, kick-ass boss, people believe you can just resolve  any personal issues on your own. But as we’ve seen with the many accomplished public figures who have taken their own lives—Anthony Bourdain and Kate Spade are some recent examples—being capable in your professional life doesn’t make you equipped to tackle mental health issues on your own.

In setting the direction for this issue of the magazine, we thought about strength in general— physical, financial, spiritual and mental. As shown in our health stories this issue, there are Caribbean people doing an excellent job of helping others get physically fit, and helping them look good while they’re at it. Our two young cover stars Briana Williams and Jazz Chisholm exemplify what’s possible when physical and mental strength combine. There are incredible destinations that facilitate a strong and healthy lifestyle, as we explored in our travel feature. The strength of character shown by the two female entrepreneurs — Rochelle Graham-Campbell of Alikay Naturals, and media pioneer Wanda Tima-Gilles of L’Union Suite–featured in our inspiration section is truly admirable. And the performance of one of our Caribbean Stock Exchanges is the strongest in the world. 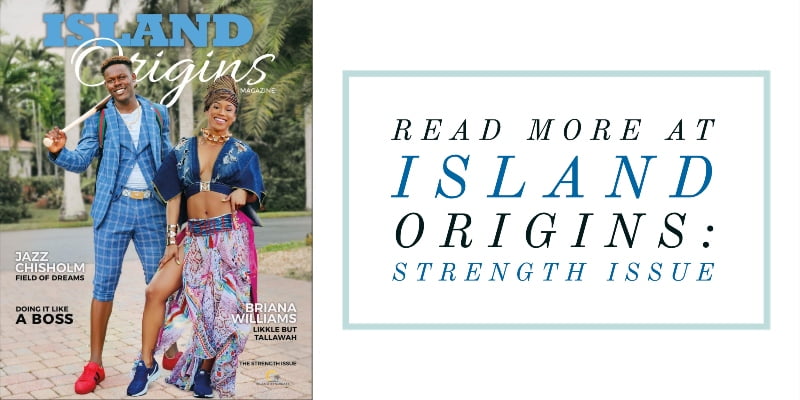 More on Mental Health in the Caribbean:

These Male Fitness Gurus Will Get You To Hit The Gym