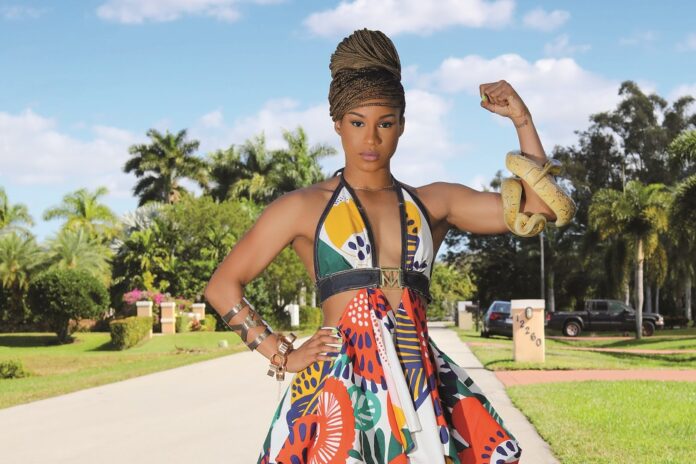 The 2008 Summer Olympic Games in Beijing became a landmark moment in track and field, as fans around the world cheered the record-breaking performances of Jamaican titans like Usain Bolt and Shelly-Ann Fraser Pryce. But for a little Jamaican-American girl glued to the TV screen in South Florida, that summer marked the beginning of a life-long love affair with the sport. Now 17 years old, track star Briana Williams is following in the footsteps of her Olympic idols, running for Jamaica and blazing a path on the world stage with records of her own.

The track wunderkind has risen to the top of her age bracket as the Jamaican national under-20 record holder in the 100 and 200 meters, with gold medals from the World Under-20 and Pan American Under-20 Championships. She also won back-to-back Austin Sealy MVP Awards at the CARIFTA Games—a feat previously accomplished by her idol, Usain Bolt. 2019 became a breakout year for Williams, ranked as the 6th fastest woman of the year according to Track & Field News. And 2020 only promises to be brighter, as she became pro with a multi-year Nike sponsorship. “For my dreams to come alive at my young age is a blessing for me,” says Williams.

This sparkling success has been the product of nearly a decade of work. She started training as an eight year old at Miramar Optimist Track Club in Miramar, Florida and at age 12, began running under the tutelage of Trinidad-born Olympian and NBC Sports analyst, Ato Boldon.

“She’s fearless,” shares Boldon about Williams, who stands out from the pack “because of her immense poise. There’s always some new prodigy coming along, but when they get exposed to the pressure at a very high level, most of them cannot handle it. But in Briana’s case, since she was 16, she’s been running against Olympic champions and excelling.”

“She’s fearless because of her immense poise. There’s always some new prodigy coming along, but when they get exposed to the pressure at a very high level, most of them cannot handle it. But in Briana’s case, since she was 16, she’s been running against Olympic champions and excelling.”

Among her impressive accomplishments, however, it’s the opportunity to run for the black, green and gold that makes her most proud. Growing up, she maintained close ties to her mother Sharon’s homeland, visiting Jamaica every year. At age nine, a special gift—a uniform worn by the very same athletes she idolized at the Beijing Olympics—sparked fledgeling dreams of joining Team Jamaica. “I remember loving so much how it looked,” says Williams. “It just looked so right.”

But it was a trip to Kingston to see the famed high school track and field event, the ISSA/Grace Kennedy Boys and Girls Championships, that sealed the deal. “I wanted to be just like them,” she recalls about watching her peers compete. “I loved how much Jamaica loves track and respects their athletes.”

On her personal journey, there have been hurdles and heartbreaks along the way, including injuries like the hamstring strain that benched her from training and competition for months. The hardest adversity to overcome though, was the tragic loss of her father to cancer when she was just six. “It has been difficult, and there have been hard times when you would need your father around,” confesses Williams. “I’m so sad he never got to see me run, but I hope he’s proud of me.”

Pressing through her challenges has made her particularly close with her mother, Sharon. “We got through it together,” says Williams. “And it’s been really great to have her by my side. For all of my events, she’s been there. She’s always been very supportive of me.”

“It’s so easy to root for Briana when you realize what she had to overcome,” notes Boldon. “And she’s a real tribute to how Sharon has raised her as a single mother.”

As she gears up for her bold march to the Olympics, she confesses to still watching tapes of her idols in action. Only now, she has become an inspiration for other young girls glued to their TV screens, dreaming of gold.

“I’m happy that girls look up to me,” said Briana. Wise beyond her years, she also had some special words of advice for those seeking to follow her footsteps. “For all the girls out there, you have to work hard, and sometimes you may have to make sacrifices too. There will be tough times, but once you believe in yourself and know that you can do it, you will reach your goals.” 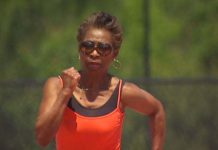 The Most Magical Places You Need To See in The Bahamas