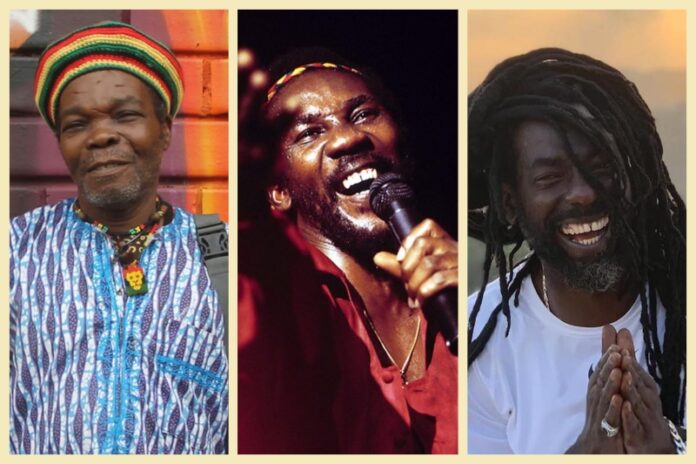 For decades, the Jamaica Festival Song Competition has provided a soundtrack to Jamaican history, culture and national pride. Since launching in 1966 as part of the Independence Day celebrations, tops artists, songwriters and producers have strutted their stuff to win the valued prize of best patriotic song, producing legends like the Maytals and Eric Donaldson. And the 2020s era of the competition began with a bang, with Buju Banton celebrating his triumphant return to music with his winning song, “I am a Jamaica.” With this in mind, as Jamaicans around the world get ready to celebrate this year’s Independence festivities on August 6, we take a moment to look back at the best Jamaican Festival songs of all time, by decade.

Perhaps no one defined the Jamaica Festival Song Competition in the 1960s more than the legendary Toots and The Maytals. As the first-ever winners of the competition when it was launched in 1966, they set the standard sky high with their iconic song “Bam Bam.” The song offers a clear narrative inspiring Jamaicans to stand for what is right and true. The song has also been sampled by several notable musicians throughout the years, from  Sister Nancy’s iconic dancehall remix to Lizzo’s sample of the song in her hit, “Truth Hurts.”

Yes, they are so nice, we had to name them twice. Frederick ‘Toots’ Hibbert and his Maytals remain one of the best-known ska and rocksteady Jamaican musical groups, and “Sweet and Dandy” has to be one of the songs that endeared the band to the people of Jamaica and music lovers around the world. The song remains unique among the Jamaica festival song competition. Instead of patriotic platitudes, the band captured the same inspiring spirit by weaving a funny and move the story of a wedding, and a community rallying behind the couple (and maybe eating too much cake).

Eric Donaldson remains the undisputed king of the Jamaica Festival Song competition. He still holds the record for the most wins, with six titles in 1971, 1977, 1978, 1984, 1993, 1995, and 1997. For his first win in 1971, he certainly blasted out the gate with this legendary love song that still resonates. The track remains the most coveted festival song ever, with over 30 samples by various artists from all over the world, including The Rolling Stones and UB40. Donaldson himself later released an updated version of the song.

“Cherry Oh Baby” may be the favorite Eric Donaldson song for artists around the world to cover. But there’s one other song that lives large in Jamaicans’ hearts and minds. Written by legendary songwriter Winston Wallace, the tune is a moving, upbeat declaration of love for one’s country set to an irresistible beat. Its message certainly endures throughout the years. “Land of My Birth” was voted as the best Jamaica Festival Song ever in a 2013 poll by the Jamaican Observer.

The 1970s was debatably the best decade for Jamaican festival music, defined by the then-emerging sounds of reggae, which would sweep the globe. And the Astronauts finished off the decade right with nationalistic melody, “Born Jamaican” in 1979. A difficult and traumatic year for the island during a tense political climate, this upbeat tune provided a breath of fresh air. The Astronauts (Donald Wright and Zac Henry) also went on to win the contest three more times.

Sometimes you just need a joyful song for the whole family to jam to. And in 1981, dancehall reggae legend Tinga Stewart delivered with his winning song “No Weh Nuh Betta Dan Yard,” written by Sangie Davis and produced by the one and only Rita Marley. Stewart was also voted the Most Popular Artist in Jamaica that same year.

There is a layer of sadness in many of the winning Jamaica Festival Songs of the 1980s. These festival songs were often defined by the anxiety of people wanting to leave the island due to economic worries. In response, artists composed tracks swearing fidelity to Jamaica. In this vein, “Jamaica I’ll Never Leave You” remains the most poetic expression of this sentiment. The well-traveled and celebrated Jamaican musician and composer Ras Karbi puts national loyalty on the lips of every Jamaican with this hopeful tune.

Over the decades, the Jamaica Festival Song Competition has labored under a major gender bias, with the lion’s share of winners going to male performers. But some standout singers manage to break this persistent glass ceiling, like Cheryl “Chetenge” Clarke with her winning song, “Born Inna JA.”  She became the second of only three female artists that have won the Jamaica Festival Song Competition after Heather Grant first won the prize with “Mek We Put Things Right” (1992). Cheerful and positive, the song still doesn’t shy away from arguing how all Jamaicans at home and abroad can support the nation’s future.

Even the best Jamaica Festival songs almost exclusively stick to the positive side, promoting the beauty of the island and its people. But this also means many of these songs avoid open critique, failing to tap into music as a powerful force for social change. One major departure from this trend is Khalil N Pure’s “Poverty,” a timely and catchy tune that speaks out on some of the pressing concerns in the Jamaican community. In the middle of another economically challenging decade, the musical group was not shy to attack the pertinent issue of poverty, which the song personifies.

The 2010s proved a challenging decade for the Jamaica Festival Song Competition. Some say the dark ages. The contest was canceled twice, in 2013 and 2017. And many music critics argued the quality of competition songs were falling. Artists in turn criticized the lack of support in developing the artists emerging from the competition. In these dark times, Abbygaye Dallas’s uplifting song “Real Born Jamaican” became a shining beacon. She became only the third female winner of the contest in 2012. The winning song was co-written and produced by Leebert Morrison.

Following Buju Banton’s triumphant return to Jamaica last year after being incarcerated in the U.S. for the past decade, he took the prize this year with his patriotic tune, “I Am A Jamaican.” The Grammy award-winning artist, who is considered to be one Jamaican music’s greats, also released an album this year titled “Upside Down 2020,” announcing his reappearance on the scene of reggae dancehall with a refreshing vibe. His presence certainly elevated the competition’s standard, joined by fellow greats like Toots & The Maytals and Freddie McGregor. But the competition also produced a host of new, exciting voices — a hopeful herald for the decade to come.

Do you agree with our picks of the best Jamaica Festival songs? Let us know your favorites in the comments. 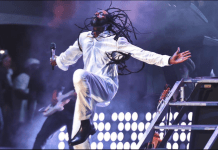