Whenever Bob Marley’s grandchildren release an album or song, the inevitable “next big thing” accompanies stories announcing their projects. But as he prepares to release his first EP, Hymn Marley feels no pressure being compared to ‘The Gong’ or his father, Stephen.

“Since You’ve Been Gone,” a tender pop ballad, is the first release from the EP, due this fall. But the 26-year-old singer says he carries no weighty expectations from being a Marley.

“I wouldn’t say I feel pressure. To feel pressured would be because, I’m trying to live up to an expectation or compare myself to someone. That’s not the case. I go at my own pace, and have my own expectations,” he said.

“Since You’ve Been Gone” is Hymn’s second released single, following “Bad Without You,” which came out in 2017.

He wrote or co-wrote all the songs on the pending EP, exploring his own personal journey.

“Most of the songs talk about what I’ve been through or experienced. I believe there’s a relatable track for everyone on this project,” he said. ”I write songs from whatever inspires me. It’s usually based on real experiences. Trends aren’t something that interests me.”

Though Hymn feels grateful for his lofty lineage, being a Marley does come with its share of challenges. His father and uncle Ziggy bore the brunt of that weight when they started out as the Melody Makers in the 1980s.

They went on to win multiple Grammy Awards as members of that group and as solo acts. Hymn’s uncles Damian, Ky-Mani and Julian enjoy solid careers. His brother Jo Mersa, cousins Skip and Bambaata Marley are fledgling artists.

Hymn Marley plans to release “a few more singles” as anticipation for the yet-titled EP builds. Though he does not cut the rebel image of his grandfather or father, he would love to emulate a trait that made Bob Marley unique.

“He kept it to the point, easy enough for a child to understand,” he said.

More On the Marleys: 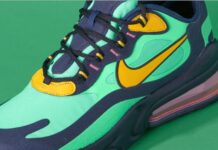