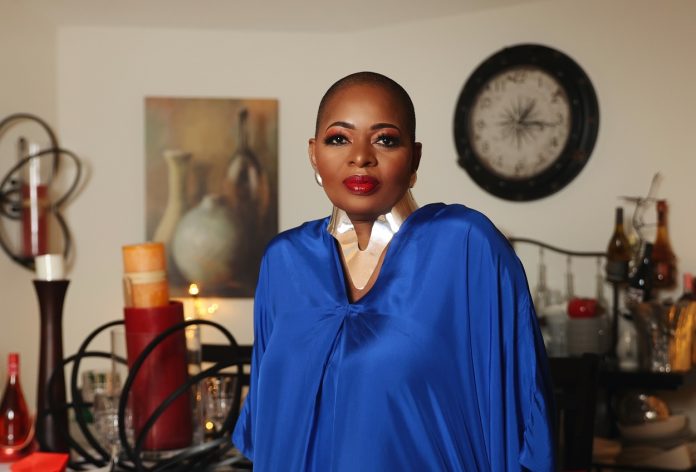 On the Saturday morning of our interview, Audrey Nelson looks stunning. She wears a full face of makeup with rouge-red lipstick and slips on elegant gold earrings which dangle off the corners of the screen.

She teeters on the edge of the camera’s lens, avoiding being in full view. It isn’t until she stands up that I see the full scope of her ensemble: a cobalt-blue dress which could fit as well on a runway as it does in the administrative office of Bethlehem Junior Academy where Audrey Nelson and her sister, Barbara Nelson-Bennett, are fielding this interview. Audrey, who began in the medical field, has found her greatest business success forging a path in the education sector.

After a bout with stage-three cancer, Nelson has continued to show her strength, versatility and perseverance with her continuing work in education as well as a foray into the realm of fashion and consulting. Through it all, she’s proven herself a person of nuanced expertise and accomplishments, someone who exudes confidence, while shunning attention or praise. This is what makes Audrey Nelson “a phenomenal woman,” says her friend Michelle Richards.

Nelson’s switch to education after a decade in the medical field was not a career path she had planned for herself. When her mother wanted to expand their at-home preschool, Nelson had her concerns. “I wasn’t sure I would like working with kids,” she admits. Curbing her trepidation, Nelson decided to go back to school to learn more about childhood education. And it worked: Nelson and her mother not only found a site for Bethlehem Preschool but went on to open Bethlehem Junior Academy, which serves kids from kindergarten through grade eight.

Audrey Nelson downplays the praise she often receives for her accomplishments, instead touting her student’s academic success above her own, noting that many of her students are now applying to and attending colleges with full-ride scholarships. To her, watching the students’ success “made it very exciting, very rewarding.”

Smiling Through the Worst of Times

For many, cancer is seen as one of the defining challenges of their lives, but when Nelson details her experience with cancer, she does so with the  nonchalance of someone relaying the inconvenience of a common cold. Audrey knew something was wrong after she saw the worried look on her doctor’s face during a routine colonoscopy. “They came out and told me they saw multiple polyps,” Audrey says, her eyes darting away, hinting at discomfort. Others in her life were shocked. “My knees went out on me,” remembered her sister, Barbara Nelson-Bennett.

Nelson herself had a different reaction. Even when the doctor told her the cancer had metastasized, she calmly remarked, “Just tell me what to do so I can get it done quickly.” Audrey is someone who chooses to forge a path forward instead of dwelling on her challenges.

During the chemotherapy treatments, Nelson stayed with her sister. “I have never seen anyone handle sickness the way my sister did,” Nelson-Bennett admits. “She was taking care of me!” Nelson helped plan and schedule her sister’s wedding, as well as providing emotional support despite the often-excruciating treatments she herself was undergoing. Nelson pays little mind to what many might consider the darkest of her challenges. Instead, she grins and remarks that to her, cancer wasn’t something that she “looked at like a negative.” She found a way to spin her experience to help others. “It’s helped me to give strength to other women who have gone through it.”

Family has always been an anchor for Nelson, especially during times of struggle. When she and her husband divorced, it was family in Florida that took her and her two young sons in so that she could get back on her feet. During that time, she worked multiple jobs as a single mother, got her bachelor’s degree, and made sure that her sons were able to attend prestigious private schools. “At that point, I evolved,” Nelson relates, a tremor of pride in her voice.

Nelson considers her and her sons, 27-year old Anthony Box Jr. and 32-year old Claude Box II, a tight family unit. They agree, and in their anecdotes emerges the picture of a woman willing to do anything for her own. “She’s one of the few people that I’ve seen that exemplifies unconditional love,” Anthony says. Claude likens her to a brown bear. “You know how you never cross paths between a bear and her cubs? That’s how strong she is, and how protective she has been for us.” Through family, she has both found strength and become an example of it for her children as they move forward in life.

Fashion Was Her Shield

Even the strongest individuals need tools to help themselves stay grounded during hard times. During her battle with cancer, Audrey Nelson leaned on fashion to keep her spirits up. She went to her hospital appointments fully made up. She said she “dressed up, so much so that they thought that I wasn’t a patient.” She remembers draping herself every day in her favorite self-curated outfits even when she wasn’t at her best. She’d conceal her chemo bag within designer handbags, hide her newly gaunt figure under the gallant contours of couture brands and the sparkle of accessories.

The hallways of her doctor’s office would become the runways to her fashion show, as she pretended the fluorescent overhead lights were the glimmering flashes of paparazzi wielding cameras. She found power in this practice that others might deem superficial. “That was one of the only things that kept me going. It made me happy, and it kept me alive.” Donning her favorite outfits and accessories helped her exude a strength that extended from the external to the internal.

From a young age, Nelson had always been interested in fashion. “My whole passion was being a fashion designer.” But she did not enter the fashion world in her youth because of the social climate. She found it hard to “break into the market,” especially as a young, black, immigrant woman.

After winning her fight with cancer and gaining a new perspective on life, Audrey Nelson, now 60,  shares that she is “excited for life” and still has many plans for the future. In addition to spending time with family and continuing her work with Bethlehem Junior Academy, Nelson plans to open an online store, consulting with women on how to use fashion as a form of empowerment. Educating people on how to dress is her way of teaching women “how to take pride in yourself.”

In the end, she isn’t a phenomenal woman because of what she’s been through, but because of how she’s been able to carry herself through it all: as someone with poise and, as longtime friend Joan Quinland describes, as someone “full of grace.” 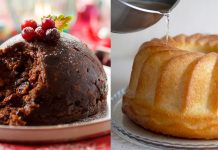 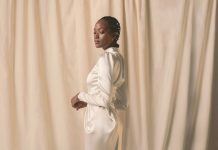 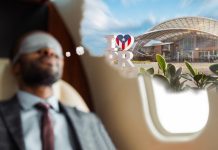 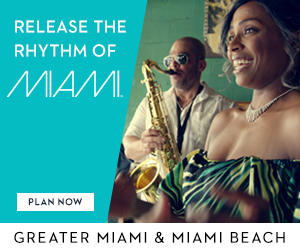 An Insider Look at Chelly’s Jamaican Restaurant, The #1 Best Jamaican...