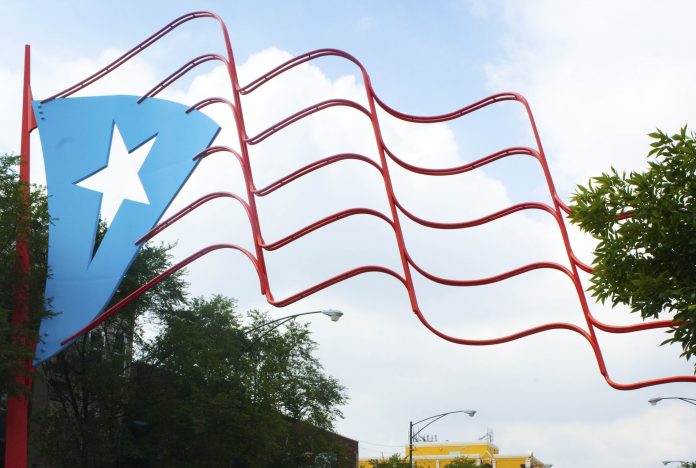 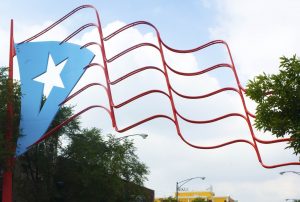 As frightening goblins, phantoms, clowns and zombies roam the streets this Halloween, a group of Puerto Ricans in Chicago are hosting a haunted house with a far more scarier theme: colonialism.

On the spookiest day of the year, the Windy City’s chapter of Boricua Resistance has teamed up with the Segundo Ruiz Belvis Cultural Center to bring light to the horrors of Puerto Rico’s political status through Colonialism Undead, a haunted house-slash-exhibition-slash-pari that reveals the real-life terror the Caribbean archipelago has experienced under hundreds of years of Spanish and U.S. colonialism.

“The house is meant to share the history of our oppression and start a conversation,” Jazmine Salas, a co-chair at Chicago Boricua Resistance, tells Remezcla.

There are four rooms that take attendees through the fright of Spanish imperialism, U.S. invasion and Hurricane María. Each space will have archival audio and video as well as feature original art to highlight some of the terrorizing events that have occurred — from violent occupations and slavery, to bombings in Vieques, the forced sterilization of one-third of Puerto Rico’s women and the Ponce Massacre, to the thousands of lives needlessly lost in the aftermath of María and the disaster capitalism that has followed it.

According to PRI, there will also be ghosts haunting the house, including men like Dr. Cornelius Rhoads, the U.S. oncologist who bragged about injecting Puerto Ricans with cancer cells — killing at least eight people — and calling inhabitants of the archipelago “the dirtiest, laziest, most degenerate and thievish race of men ever inhabiting this sphere.”

After going through the four rooms, attendees will end at a perreo party, which celebrates Puerto Rican resistance movements, including the summer protests that brought more than half a million Boricuas to the streets to unseat then-Gov. Ricardo Rosselló.

“This is a space to reflect and uplift and celebrate all of the ways we continue to resist through activism and music,” Salas says.

Miguel Alvelo, co-director of Chicago Boricua Resistance, told PRI that it was critical for the group to end the eerie — and, for many, intensely upsetting — haunted house with empowerment.

“We want to emphasize resistance,” Alvelo said. “In a world that is telling you over and over again that you’re not worth anything, that you should stay quiet and you should follow the rules, taking time to be loud, have fun, have pleasure — is a form of resistance.”

Founded in Chicago in 2016, Boricua Resistance has grown into a national organization with chapters in New York and the Pacific Northwest. The group, which includes archipelago and diaspora-born Boricuas as well as their allies, leads protests, creates events and engages in conversations that bring attention and inspire change on issues facing Puerto Ricans locally and on the island.

Jennifer Lopez Is Launching a Skincare Line in 2019

Ten Jamaican Reggae Songs to Play at Your Wedding