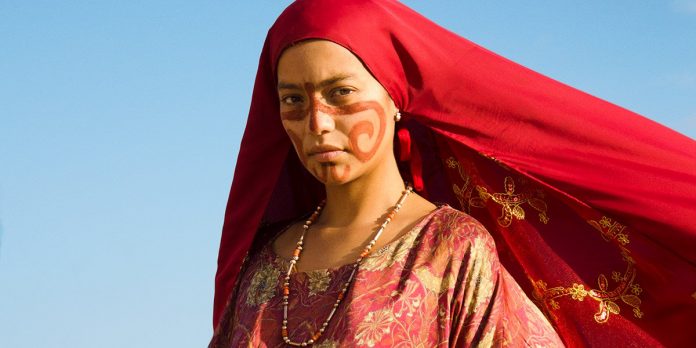 The Film Society of Minneapolis St. Paul announced the full slate of their forthcoming Cine Latino Minneapolis St. Paul Film Festival. This year’s selection highlights the tremendous cinematic energy and creativity offered by the ever bourgeoning Latin American, US Latino and Ibero American cinema.“It is exciting to witness a new generation of talented filmmakers join established directors to defy stereotypes, look across age, gender, and an array of socially diverse characters and subjects to explore a wellspring of untold stories.” said Hebe Tabachnik, who returns as Cine Latino Artistic Director for a third year.

Opening this edition is Alfonso Cuarón‘s Roma. The black-and-white period drama is the Mexican director’s return to Spanish-language cinema. Deeply personal and dedicated to the young woman who helped raised him, Roma follows Cleo (Yalitza Aparicio) as she takes care of the kids and the house of a family in 1971 Mexico City. With swooping long takes that truly make you feel like you’re just witnessing this woman’s life in real time, this touching epic tale captures such specificity that it becomes its own Mexican epic.

Cuarón is not the only Oscar winner who’ll be showing new work at Cine Latino. Iranian director Asghar Farhadi (A Separation) has reunited one of Spain’s most celebrated couples, Penelope Cruz and Javier Bardem in his latest, Everybody Knows. Set in Spain where a wedding is about to take place, this thriller has the two Oscar winners working alongside Argentine superstar Ricardo Darín in a story that ends up revealing long-dormant family secrets.

Offering an indigenous response to Narcos, Ciro Guerra and Cristina Gallego‘s Birds of Passage tells a drug trade origin story from the dusty deserts of La Guajira. Centered on an Wayuu family that becomes involved in the booming business of selling marijuana to Peace Coprs volunteers in the 1970s, this Godfather-like flick is Colombia’s submission to the Oscars’ Best Foreign Language Film category.

The rest of the slate is just as varied. It includes an Ecuadorian drama about a man struggling with adulthood (Diego Araujo’s Black Hole), Paraguay’s official entry to the Oscars (Marcelo Martinessi’s sly and funny The Heiresses), and Matt Ogens’ doc on student athletes at the border, Home + Away among others. Check out the full list of films and be sure to get tickets to this year’s fest soon.

The 6th #CineLatino @ #MSPFILM begins next month! Get ready for this showcase of Ibero & Latin American cinema by checking out our lineup Sneak Peak + by getting Passes & Tickets Packs today: https://t.co/f7JvQvkDjz pic.twitter.com/JsyTVO7T2V