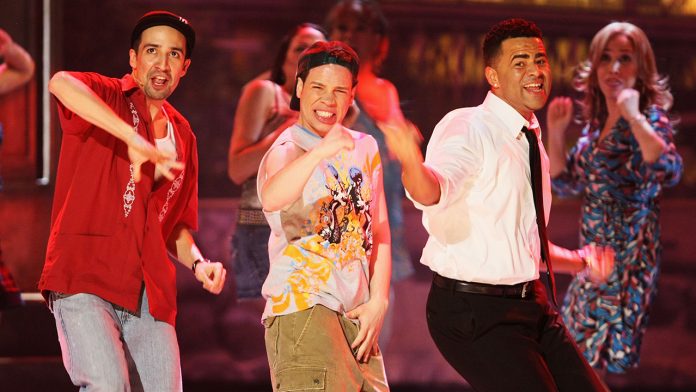 The road to the big screen started off rocky for In the Heights, but it’s made significant progress in the last few months. Lin-Manuel Miranda and Quiara Alegría Hudes‘s Tony-award winning musical hit Broadway in 2008 (which made its debut in 2005, FYI). Though first picked up by Universal, which eventually dropped it, it then ended up at the Weinstein Company years later. But LMM won back the rights before the company went bankrupt. With things finally on track, we’ve learned more about the upcoming movie, including that Anthony Ramos would star as Usnavi, the main character, and Corey Hawkins would play Benny. Now, we have more casting announcements.

On Thursday, Lin-Manuel took to Twitter to share that singer Leslie Grace and Melissa Barrera (Vida) joined the cast as Nina and Vanessa, respectively. Miranda recently told NBC News how he felt about the casting. “I’m really excited,” he said. “I’m in love with this cast. I can’t wait for you to know who they are.”

With this movie, Miranda hoped to showcase both new and existing Latino talent.

“I really think we’ve achieved a great mix of people you’ve never heard of and people you’ve loved all your life,” he said. “Like Melissa, like Anthony, like Leslie Grace, who people know her music, but she’s an incredible actress, which I learned when she walked in the room to audition.”

*taps *
And now, I’m thrilled to announce some of the cast of our In The Heights film…@ARamosofficial IS Usnavi@MelissaBarreraM IS Vanessa#CoreyHawkins IS Benny @lesliegrace IS Nina Rosario

We film this summer. Uptown.
Right here In The Heights.
…More soon! pic.twitter.com/xTfzjydC9n

Set in Washington Heights, the play follows a large ensemble of mostly Latino characters trying to make it in NYC, with hip-hop and salsa defining the musical’s soundtrack. Filming will take place entirely in Washington Heights. The movie version will tackle topics like gentrification and immigration head-on.

The film is slated for summer 2020, and the cast is already hard at work. 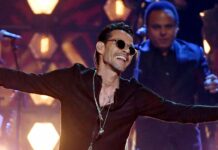 Star Marc Anthony Joins Cast of ‘In the Heights’ Movie 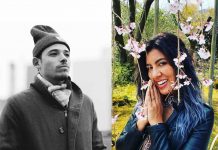 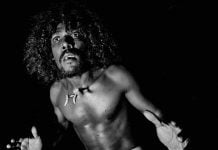 Remembering “Countryman,” The Man and the Movie

Why Some Caribbean Americans Have Frightening Vaccine Hesitancy

3 Caribbean Charities Capture the True Meaning of the Holidays