Nuyorican rapper Princess Nokia is making her feature film debut, but don’t expect her rapping moniker to appear anywhere in the credits for upcoming film Angelfish. For her first big screen outing, she’ll go by Destiny Frasqueri. The change in credit speaks to the way Frasqueri wants audiences to see her acting work as removed from her more assertive and imposing music persona. There’s a softness to the Peter Lee-directed romantic coming-of-age film where she plays Eva – a young Puerto Rican woman who’s torn between her responsibilities to her family and her dreams, and Brendan (Jimi Stanton), an Irish-American man dealing with family problems of his own.

“I really loved playing Eva,” Frasqueri shared, “because she’s nothing like I was in high school, or in life. I didn’t want my debut role to be fly or cool, sexy, unique, or tormented in any way. That’s Princess Nokia… that’s Destiny. I didn’t want to see Princess Nokia on the screen, so I set out to challenge myself through Eva. I enjoyed creating a character that had a life of its own.”

In the dreamy first teaser trailer for the Bronx-set film, we see Eva and Brendan walking down sun-dappled parks and hanging out in mostly empty beaches. In voice-over, we get to hear the two introducing themselves, hesitant – if excited – about their growing intimacy. So if you’re curious to see yet another different side of the outspoken rapper, take a look below. 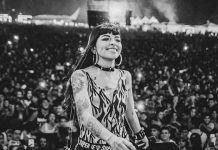 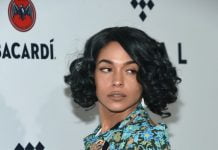 Producers Accuse Princess Nokia of Lifting Beat for “Mine”

Add These Caribbean Fine Jewelry Designers To Your Holiday Wishlist