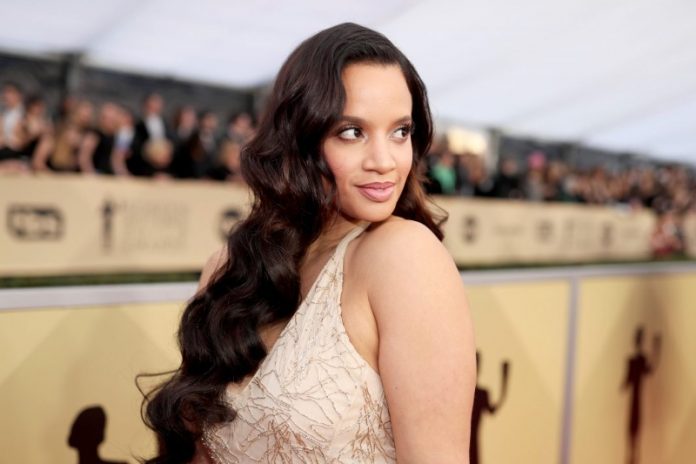 Calling all lovers of good books! Sofia Quintero’s beloved novel “Picture Me Rollin’” is getting the VIP audiobook treatment, and Audible tapped Afro-Latina actress Dascha Polanco to do the honors.

This is the Dominican-American’s first time narrating an audiobook. But Quintero, who penned the book under the Black Artemis moniker in 2005, calls Polanco a “natural.”

When you Google the novel’s title, the first item to appear is the lyrics to Tupac’s classic of the same name. A nod to the late rapper’s track, the book is about a woman ex-convict on the journey of figuring life out after prison. “Picture Me Rollin’” is Quintero’s second hip-hop fiction novel penned under the name Black Artemis, and one of six books to her name.

In 2007, the Puerto Rican-Dominican author told Knowledge Bookstore, “I purposefully developed the Black Artemis brand with the intention of representing hip-hop in the world of fiction … even if I had been ‘ghettoized’ by the publishing industry, I still would’ve been a happy novelist writing about this culture that I love even when it disappoints and never fearing that I might run out of tales to tell.”

It’s here! My 2005 novel PICTURE ME ROLLIN’ about an Afro-Latina attempting to rebuild her life after a year in prison has been republished as an audiobook narrated by @SheIsDash https://t.co/TFarOPCBZG pic.twitter.com/3OgYEB3Pum

Quintero took to Twitter to praise Polanco’s narration, saying, “Dascha’s a wonderful actor regardless of material or medium, period.”

The author of “Explicit Content” and “Show and Prove” also threw the Orange is the New Black actress’s name in the bucket of suggestions for an Audie Award narration. The Audie Award is dedicated to recognizing talent in spoken word entertainment and audio publishing. Nominees are announced in February.