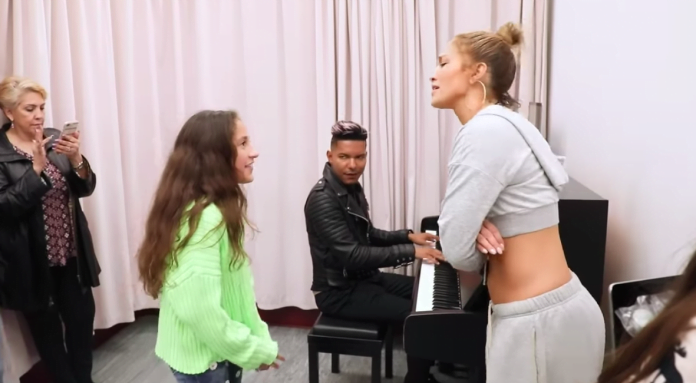 Jennifer Lopez’s daughter could be ready for her own successful recording career soon. The 11-year-old, Emme Maribel Muñiz – whose father, Marc Anthony just released his latest album, Opus on Friday – belted out a rendition of Alicia Keys’ “If I Ain’t Got You” during her mother’s rehearsal for the first live performance of her single “Medicine.”

JLo dropped the Youtube clip over the weekend, to the delight of people on the internet, who had quite a bit to say about Muñiz’s skills.

Marc Anthony and JLo gave their daughter, Emme, all their vocals! pic.twitter.com/4dBOHaTOuI

What do you think of her singing skills?