Clear blue skies. Sweeping palm trees. Sandy beaches. Expensive cars cruising down the freeways. The image many of us conjure up of Miami owes much to the way it’s often depicted on screen. Movies like Miami Vice, Bad Boys and Pain & Gain dream up a very specific idea of the sunny Florida city. The opening scene of Jose Daniel Freixas’s Vandal immediately announces his film as offering a very different kind of take on the Cuban-American director’s hometown. It’s night and we’re on a rooftop where a graffiti artist is tagging one last wall before he shoots himself.

Its focus on street art and graffiti, as well as its nighttime music video-like aesthetic that privileges Miami’s urban feel makes Vandal a unique offering. It does what Blindspotting and Lowriders did to their respective West Coast cities: it feels like it was made by and for its hometown. Thankfully, the story of Nick “Damage” Cruz (star-in-the-making Daniel Zovatto), a gifted graffiti writer who has to navigate his craft, a budding romance, and a deadly rivalry with a teeth-grilled white sell-out artist, is a crowd pleaser that will make audiences fall in love with Freixa’s lovingly gritty rendition of Miami. Set around Wynwood, Little Haiti and Little Havana, the film boasts a mostly Latino cast. Looking’s Frankie Alvarez plays Damage’s fellow graffiti writer Chino; Otmara Marrero plays Damage’s Cuban love interest Sofia ‘Silk’ Campos; and Juan Pablo Raba plays Damage’s recently-released from prison brother.

“We didn’t want to show that Miami that you always see: the McArthur Causeway, Ocean Drive, the Ferraris,” Freixas told the crowd at the Miami Film Festival after the long-gestating project’s world premiere. “Where the Hispanic guy is always the drug dealer, the bad guy that’s being chased by the Anglo guy. In this movie, it’s Cubans chasing Cubans! We wanted to show a different side of Miami.”

Freixas shared how he was inspired by one particular Miami-set film that beautifully painted an authentic portrayal of the city: Barry Jenkins’ Moonlight. The Oscar-winning film, gave the Vandal crew hope that local filmmaking could further expand what kind of stories are told about their sunny city and its oft-forgotten populations of color. Clearly buoyed by the warm reception the film got at its Little Havana premiere, the Cuban-American filmmaker made a plea to those in attendance to support filmmakers from the area.

“Everybody that comes here is not from Miami. They come and pillage and they leave. And when we don’t have incentives anymore they go shoot in Georgia.” It’s why he wanted to tell the kind of story only a born and bred 305er could tell. “We wanted to show something that was heartfelt.”

Vandal screened as part of the Miami Film Festival. 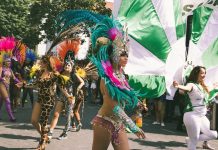 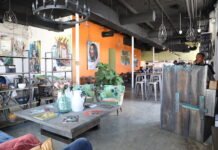 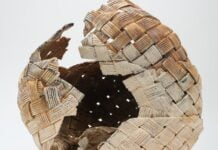 3 Reasons You Need To Add Throw Pillows to Your Shopping...