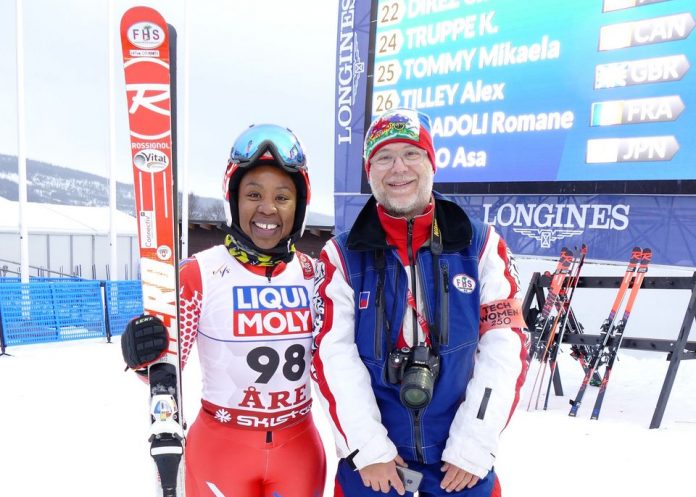 Of the 75 nations competing at the alpine ski world championships, we’re happy to hear a few of the athletes included skiers from Haiti.

Haitian born skier Celine Marti recently competed in her second World Ski Championships. The skier stepped onto the world’s stage again to the cheers of all the ski fans along the track and in the finish area. “I had such a great time the first time around in Switzerland two years ago. People asked me for autographs, and I was wondering why anybody would want my signature,” she laughs.

According to ViaTT, in 2016 when friends in her ski club mentioned the annual Haitian Alpine Ski Championships that are held in the French resort Les Gets, a competition that is open to anybody willing to go down a snowy hill on skis, Haitian or not, Celine met her coach Thierry Montillet from the Haiti Ski Federation. After witnessing her great skiing skills, he encouraged her to sign up for the 2017 St. Moritz World Ski Championships.

Marti grew up in Switzerland after being adopted as a young child. She’s part of the small team that makes up the Fédération Haïtienne de Ski who are trying to promote sports and skiing in Haiti.

Jamaicans.com: Everything You Need to Know About The Real Rock is...

Discovering A New World Under the Caribbean Sea