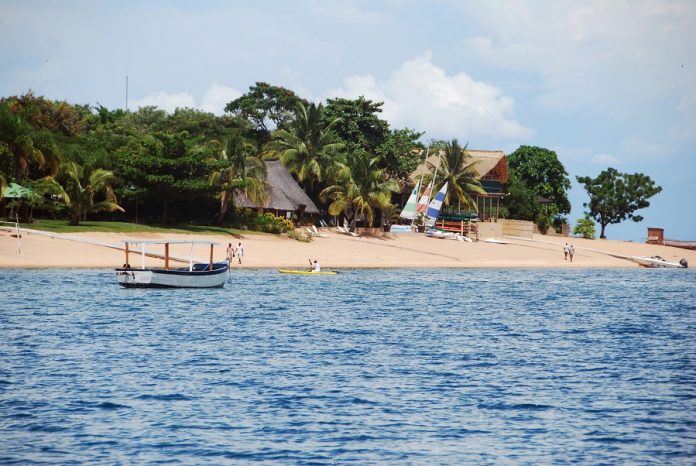 The Jamaicans.com platform launched its interview docuseries entitled “Jamaicans to the World” in August of 2020, initially as live streams on Facebook that afterward went on to YouTube. Its initial goal was to cover ten countries documenting the triumphs and struggles of Jamaicans living abroad. However, over time the series proved so popular and sparked so much interest from Jamaicans around the world who sent in requests and recommendations for additional episodes that Jamaicans.com founder and series host, Xavier Murphy, decided to continue the interviews. The series is now available on both Facebook and YouTube with new episodes broadcasted live on Sundays through the StreamYard service.

“Jamaicans to the World” features real-life accounts of Jamaican expatriates through uniquely personal and informative one-on-one video interviews with individuals living successful lives abroad who support one another in the Diaspora and inspire others to broaden their horizons through overseas experiences.

To date, “Jamaicans to the World” offers interviews with Jamaicans in 53 countries, with even more episodes in the pipeline. Having already spoken to Jamaicans in Asia, Africa, Europe, North and South America, and Australia/Oceania, Murphy plans to make good on a popular Jamaican belief. “Jamaicans love to say, ‘You can find another Jamaican in every country in the world.’ This series is proving just that,” says Murphy. How many countries there are in the world depends on who is doing the counting.

The United Nations recognizes 193 countries, while 211 countries are recognized to compete for the FIFA World Cup. With 53 interviews, “Jamaicans to the World” is about halfway to its goal, which gives viewers a lot to look forward to.

The first interview episode of the series features Nicoleen Johnson answering the question, “What’s It Like Being a Jamaican Living in China?” Johnson has lived in Shanghai, China, for over 20 years and the interview covers the food, culture, customs, language, music, things to do, and Johnson’s adjustment to living in China.

Murphy begins his interviews by asking a few questions to get the conversation going, including: What part of Jamaica are you from? What things do you like the most about your adopted country? What is the most memorable experience you’ve had related to when people find out you are from Jamaica? What was the biggest adjustment you had to make to live in a new country? What advice would you give to someone planning to live in your adopted country? These questions invariably lead to enlightening stories that reflect the realities of expatriate life.

For example, Nicoleen Johnson discusses being a person of color in China this way. “As a black person, you’re the center of attention wherever you go. Wherever I would travel across the country I’d always be the center of attention. You have to get used to it because this is just how it is. People have never seen a person of color before so they’re always wanting to take your photo. They’re always wanting to have a conversation if they think you speak Chinese, or they want to touch your skin to see if your color will come off.

It’s just one of those things that you experience living there. I would say I’ve gotten used to it over the years to ignore being the center of attention. And actually, it builds my self-esteem and boosts my confidence because no matter where you go, you will always stand out. You will never blend in. So it’s a love-hate relationship. I got more confidence. I learned to love myself and walk in boldness as a Jamaican living in China.”

In the episode “What It’s Like Being a Jamaican Living in Malawi,” Murphy talks with Lincoln Bailey, who was born in the foothills of the Blue Mountains and came to Malawi in 1992 for work and decided to stay. He now owns a coal mine in Malawi and supplies coal to its industries. He also started an insurance brokerage there 24 years ago that became one of the country’s largest; he then “handed it over to the staff as a means of empowering them.” Appointed by the Government of Jamaica, he now serves as Honorary Consul in Malawi.

Bailey shares that one of the reasons he stayed in Malawi is that “Malawians are very, very welcoming people. I feel much at home here. I feel like I’m amongst my people. Jamaica as a small island, it punches above its weight. In terms of our culture, our music, it has pervaded the world and Africa in particular. In post-independence Africa, our reggae music, our culture, the youth have taken it up, and Jamaica and Jamaicans are held in very high esteem. When I go through this country, I always show my passport, and I’m always very welcomed. Malawians think highly of Jamaicans.”

The interviews have been well received by viewers on YouTube who have left many positive comments and shared their own connections to Malawi, like these:

“Watching these videos is helping to dispel the myth that Jamaicans only excel in sports and the arts. We are up there in academia and stand shoulders high with the very best in the world. Thanks for opening our eyes to untapped opportunities.”

“I just subscribed to your channel because of this interview. I am impressed and motivated by Lincoln. What an accomplished man! You did a good job. With the interview! Thank you! I am a Jamaican living in Canada, and I watch a lot of content about Africa – the motherland. I agree with all that Lincoln said about Africa and development, colonialism and the need for Caribbean people, especially Jamaicans, to establish links with our brothers and sisters on the continent.”

“Very interesting and informative interview. Thank you! By the way, did you know that the first-ever ‘Black Miss Jamaica’ (competition organized by the Pan-African Movement in Jamaica), Yvonne White, represented Jamaica at Malawi’s Independence celebrations in 1964? It was the main highlight of her prize trip which took her and her chaperone (my mother, Christine Forbes-Davies) to several countries in East, West and Southern Africa! It was a dream trip come true! They were welcomed so warmly wherever they went!”

“Wow! What an interesting interview! Superb, indeed. Makes me want to visit there.”

The comments and narratives of YouTube viewers show how the “Jamaicans to the World” docuseries is a source of information, inspiration, and displays a pride in being Jamaican that enhances self-esteem and reflects the considerable impact Jamaicans are making throughout the world.