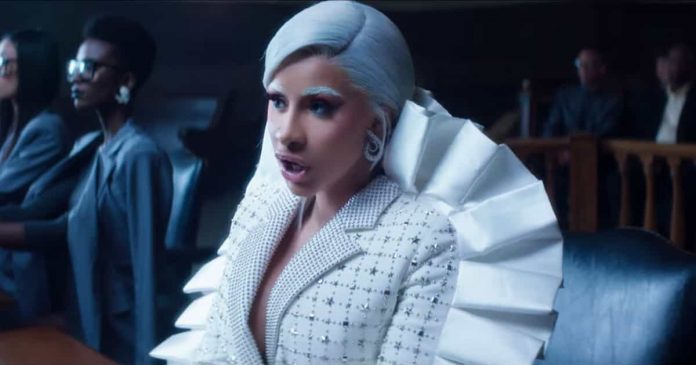 The day after Cardi B pleaded “not guilty” to the assault of two bartenders at a strip club in August 2018, she dropped her long-anticipated music video for summer banger “Press.” In the five hours since the video was published, it’s reached nearly 2 million views–a new record for the rapper.

Just last week, Cardi performed for a Los Angeles crowd to announce “I ain’t going to jail.” “Press” offers an entirely different narrative, all of which can only prove Cardi B’s artistry beyond a reasonable doubt.

The video opens with Cardi B heavy making out with a girl.

Of course, everyone has an opinion on this–ranging from it being a stance against homophobia to queerbaiting. All we know is that she uses the makeout for her opening shot and, well, okay.

Next thing we know, Cardi B is casually smoking a cigarette when she pulls out a gun.

After the make out session, the screen fades to black, then to a…

Explore These Unique Caribbean Artifacts at This Miami Dade Library

Grab a Taste of Haiti at Miami International Airport

Get These Must-Have Beach Accessories From Caribbean Designers