If you ask your friends how they met their boyfriend or girlfriend, chances are at least one person in your group is going to say they swiped their way to a relationship. Some people have been lucky in finding their true match on apps like Tinder, Hinge, Bumble, Grindr and the other hundreds of dating apps out there. They literally found love while waiting for their latest coffee orders. Meanwhile, others are finding frustration in the seemingly endless options of personality profiles and people that are staring back at you on your phone. But, what effect are dating apps having on our dating patterns?

“It really becomes an ego-feeding thing, rather than going out there, sitting with someone, and really just starting to get honest and vulnerable,” Duran told Business Insider.

People on dating apps are aware that their date might be talking and swiping on other options as well, making it a labyrinth of potential ‘competition’ and time until the potential exclusive talk is had.

While dating apps might be making it harder to find another person who is willing to get into a long-term, committed relationship, the apps are allowing Latinos to become more confident in their dating lives. 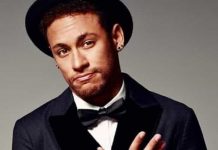 Get These Must-Have Beach Accessories From Caribbean Designers

How a North Miami Councilwoman is Leading Through Crisis