The two-island nation of Trinidad and Tobago offers visitors a chance to sample the unique foods reflecting a fusion of diverse cultures. During its history, the country has been impacted by West African, East India, Chinese, and Portuguese peoples. Its street food has been called some of the tastiest in the Caribbean, and visitors can find a wide variety of dining venues to satisfy their hunger. These include roadside vendors, beach bars, and Creole restaurants throughout the country. Parking of “stand-up” meals, such as the hand-held “Doubles” and the flavorful “Pholourie,” provide an authentic experience of the island’s culture.

Doubles, also called “channa batura,” is the most famous of the nation’s street foods. It is traditionally consumed at breakfast, but it can be found throughout the day at various food stands. It consists of two “bara,” or fried flatbreads, filled with “channa,”  or curried chickpeas, and then flavored with “shado beni,” a native West Indian herb. Doubles come with tamarind sauce and various chutneys, including coconut or mango. An inexpensive meal that can be found almost anywhere on the island.

Pholourie are fried pieces of dough surrounding a spicy filling. Similar to the “pakoa” or India, these are savory treats that can be eaten alone, but they typically serve as a vehicle for sauces or chutneys. They are nearly as famous as doubles and can be found in many locations in Trinidad and Tobago 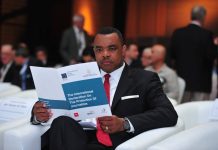 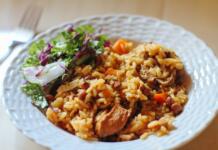